Hubby and I are supposed to go out for Valentines, but we’re also supposed to have yet another blizzard on Valentines Day, so I may be making this recipe instead: 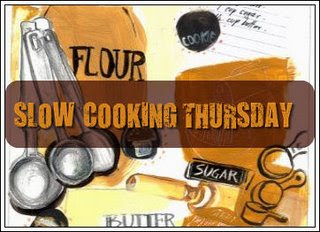 *You can use stew eat, but it isn’t as good. You need the striation and marbling of fat. The combination of the marbling and the coca-cola tenderizes the meat and makes it yummy.

**Ketchup makes it a little sweeter while mustard makes it more tart.

This bbq beef for the crock pot looks super yummy! I can taste it now!

This looks good. Thanks for sharing!

Sounds delicious! Thanks for sharing.

this sounds wonderful—we always seem to have coke in the house.
-steph

your bbq beef looks like a great recipe! I’ve got one similar, but the cooking time is lots longer–I think I’ll try yours.