At the risk of sounding “old fashioned” I have to ask, don’t you care how you present yourself to the world?  (Now I know this doesn’t pertain to most of my readers, but I bet a few of you know someone like this) Personally I prefer NOT to look like an idiot to the masses. Of course this is just my opinion, but I believe the world could be a kinder, better place.
All families have words and issues.  These are some of my favorite TV families that had issues at times, but presented a cohesive family unit without profanity, sexual innuendo every other word or cattiness.  They were wholesome and taught their children the value of manners, etiquette, kindness, fairness, right from wrong and how to live by setting an example. 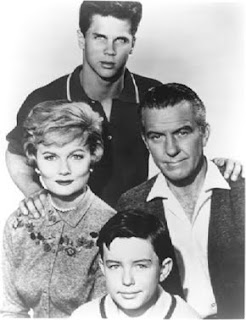 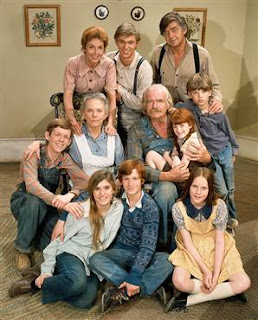 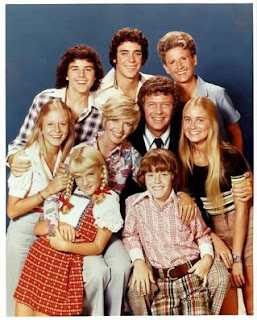 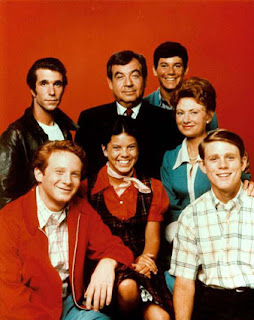 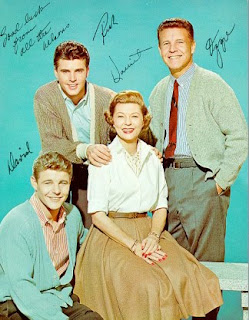 One of the things that irks me most is that kids today, girls in particular, don’t seem to care how they present themselves to the world.  Just a couple of examples would be how they dress.  Now, I’m not a prude by any means, but if I were even 20 pounds over weight I would not be wearing a skin tight tank top in public allowing the rolls of fat the “hang” out.  I also know that tattoos are “IN”, but  think about it girls, where it is now isn’t where it will be after a kid or two or gravity catches up with you in 20 years. Are you someday going to want to wear that strapless wedding dress?  Do you really want that skull and cross bones in your wedding pictures?
Next would be their speech.  Hey I cuss sometimes, we all do in certain instances, usually anger.  But, using the “F” word in their everyday conversations in loud voices is just plain vulgar.  Using it in print on social networks is just stupid!  Do they not realize what the permanency of looking like an idiot, a gossiper or back stabber on social networking sites can do to them, their families or their futures.

Then there would be their lack of respect for their families, friends, themselves and their elders as well as those around them in a public forum.  Last time I checked it was still polite to say thank you, please and excuse me when appropriate.

I recently read about a girl who was whining about how she hated her job on facebook.  Her superiors read about it too.  Then they fired her.  Now before you say they didn’t have the right, think about it.  What she did was bad PR for her employer in a public forum. Then there are the job candidates who are never even hired because HR researched them on social networks and just didn’t think they would be good representatives of their company based on how they carry themselves in public.  I also read a “friends” rants and raves on facebook about a customer and it didn’t take much of an imagination to know who she was “hypothetically” talking about.  I remember reading a story about an insurance agent who was fired after discussing a case in an elevator.  She didn’t use names, but she did happen to describe the exact symptoms of another passenger on the elevator.  That passenger filed a complaint with the insurance company and the agent was let go.  There is a sense of privacy that no longer exists in today’s world.  We all need to be responsible for our words and expressions, freedom or not to say them or express them.
I’ve also read about potential college candidates whose college applications were declined because of my space pages or facebook entries.  You can talk about freedom of speech or freedom of expression, but have we as a society taken it a bit too far?
I’m all for teaching kids right from wrong, good from bad, how to be independent and think for themselves, but I’m also all about teaching them when they should be kind, thoughtful, generous, helpful and when to hold back a bit and show compassion and understanding.  It’s not always all about us as individuals.  In fact, most of the time it isn’t, but today’s generation truly seems to be a “ME” group with an inflated sense of entitlement, a serious lack of manners or sense of etiquette and a lack of compassion.
Being conservative in our thoughts and actions is a way to protect what’s right about our families.
Now being called June Cleaver does not offend me, I just say thank you and politely walk away. 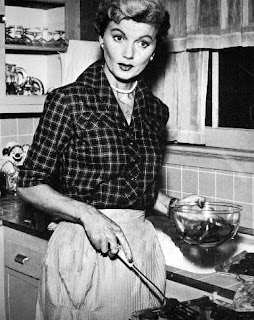 One of the things that irks me most is that kids today, girls in particular, don’t seem to care how they present themselves to the world.

As a teacher, I see this every day! It is sad but true.

And as for the girl who got fired for what was on her FB page, she absolutely deserved it. When you put yourself out there on the Internet for the world to see, you can rest assured they will see! She got what she deserved. The least she could have done was set her profile to private and made sure her work friends weren’t FB friends. It’s the way of the world.

Employers have every right (as do school officials in matters where people are representing the school) to look at what people are putting on social media. If it’s THAT private, keep it private! This irks me!