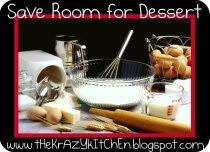 If it’s Monday, it must be time to follow me down a path of unapologetic, unabashed gluttony.  Right?
Well, not necessarily.  Sometimes even I know when to leave well enough alone and go for a lighter recipe which still leaves me with all the satisfaction of something heavier and, quite possibly, made of chocolate and butter.  The recipe I’m featuring today was introduced to me by my oldest friend, who brought a bunch of these little bits of addictiveness to my apartment one night.  And when I say addictive, I mean it.
And they could NOT be easier! Which, of course, makes it that much easier to develop a habit surrounding them.
Your two main characters? 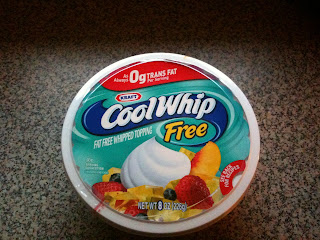 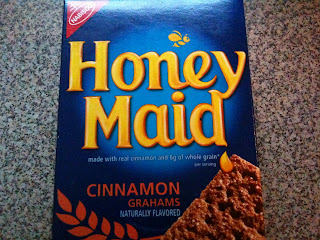 And graham crackers.  Any kind will do.  I love the cinnamon ones!
Now…if you weren’t me and were actually trying to be “good”, you’d make a sandwich out of a reasonable amount of Cool Whip and two graham crackers.
However, it just so happens that I made these sandwiches on the day I finally decided to try…THIS: 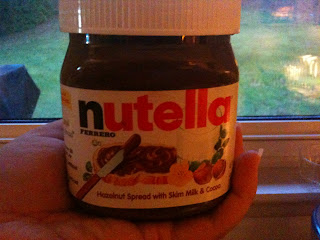 Honestly.  It’s like part of me that was empty and cold has now been filled with light and happiness.  What did I ever do without you, Nutella? I bet there was a lot of crying involved, whatever it was. 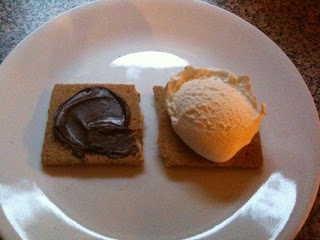 It occurs to me that it looks like I took an ice cream scoop to the Cool Whip.  But I didn’t.  It just looks like that.  I don’t want you getting any ideas about me! 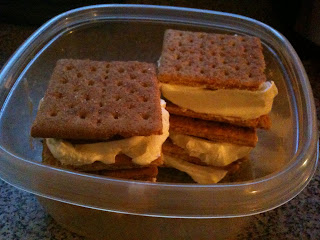 Once you make your lovely sandwiches, place them carefully in your freezer container, should you have one – a freezer bag works just as well.  And then put a lid on them and smoosh them and be sad.  If you’re me.  Freeze them for at least an hour and OH.  MY.  GAH.
You would swear you were eating the fattiest, most decadent ice cream sandwich.
And there’s all sorts of variations on this, of course.  Chocolate graham crackers are rather special, but I’m sure you already figured that one out (frozen Oreo, anyone?).  I knew I was using Nutella here, though, and didn’t want to overdo it.  I bet mini chocolate chips around the outside would be just like a Chipwich…aww I love them!
Let your imagination run away with you…and enjoy!

These sound soooooooooooooo addictive and yummy! We’re going to a family campout next week and I bet the kids will love them.

Incidentally, he also just discovered Nutella on the same day I did. I had to hide it from him.

These are dangerous, Joanne. They should come with a warning.

I love what you bring to us on Mondays.

What a cute, fun post and so yummy besides! Thanks Jen 🙂

And you know what else? The Nutella gets all firm and wonderful in the freezer…I know that’s a real “Duh” revelation, but it’s worth noting. I just love it!!

That looks super tasty! Sort of like a s’more ice cream sandwich. Yum!