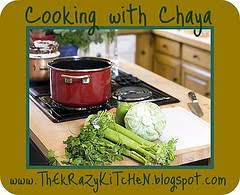 I don’t know if other foodie bloggers find themselves, looking for new recipes, rather than making old favorites. I do. I love to try new recipes and see what turns out. No matter what the recipe tells me is going to happen, I really never know what I am going to turn out with. By now, you know, I tend to make changes in recipes. Oh, I have good reasons, like not having a necessary ingredient, or I may not like a particular ingredient or time causes a change in the method. The fun is in the doing and meeting new challenges and seeing the results. This is one of those recipes. The final results are definitely not what Emeril had in mind and not what I had in mind. Despite this, the resulting dish was filled with flavor and had an unexpected texture.
Ingredients: 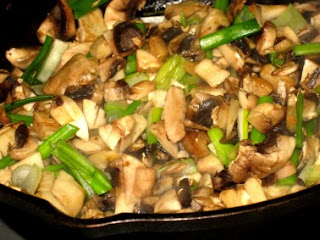 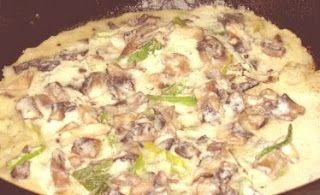 9 teaspoons vegetable oil
1 bunch scallions, trimmed, quartered lengthwise, and cut into 2 inch lengths
4 ounces mushrooms, chopped
½ teaspoon salt
2 cups gluten-free flour mixture
1 ½ cups water
2 eggs
Method:
Make the sauce by combining the soy sauce, vinegar, honey, chili, garlic powder, sesame seeds and sugar in a small bowl, stirring until the sugar is dissolved. Set aside while you make the pancakes.
In a medium sauté pan over medium high heat, add 1 teaspoon of the vegetable oil.
Next, add the scallions and mushrooms and sauté until the mushrooms begin to wilt, about 3 minutes. Set aside and let cool.
In a mixing bowl, combine the flour, water, and eggs and mix gently until just combined.
Add the cooked scallions, mushrooms, and salt and fold together briefly just to combine.
Heat a large nonstick skillet over medium-high heat and, when hot, coat with 2 teaspoons of the vegetable oil.
Add ½ of the pancake batter and use a spoon to spread into a 6 to 8-inch circle, trying to get the filling ingredients as evenly spread out as possible.
Cook the pancake about 4 minutes.
Once the pancake has begun to set and is golden brown on the bottom, flip the pancake to the other side, pressing with a spatula to compress ingredients. 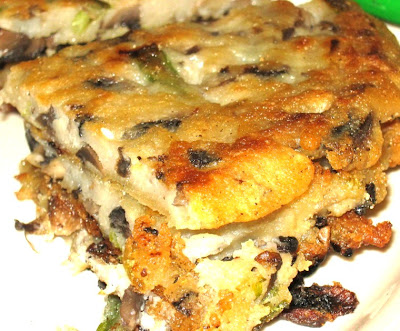 Cook until golden brown on the second side, about 2 minutes longer, transfer to a warm plate and cover loosely with foil to keep warm while you prepare the remaining pancakes.
Once all the pancakes have been cooked, cut into wedges and serve warm with the dipping sauce in small bowls for dipping.
Yield: 4 large pancakes or 10 appetizer servings
Where I went wrong: Four minutes is a long time to cook a thin pancake and mine did not even change color at four minutes. I had this pale, emaciated pancake staring at me and telling me to cook it longer. I did. When it changed to a golden color, I turned it and cooked the other side until it became golden, also, longer than the prescribed two minutes. What happened, was those soft pancakes, hardened and became deliciously crisp. I know , this is not the way, they should be, but they were almost like a favorable cracker but not that crisp. The veggies were soft so I ended up with a crispy pancake with soft vegetables. Everyone ate them and my husband did his usual, mentioned that they were spicy. That was from the chili cube. Spicy is good in this recipe but if you are not a spicy lover, eliminate the chili flavoring. I am getting more and more used to spicy flavoring and like some of them. I have to say, my hubby was a doll, and took seconds. I am hoping, in time, he will adjust to a bit more spice, in his food. In the meanwhile, I modify, most times.

Please visit me at the Comfy Cook and My Sweet and Savory.
Don’t forget to link up to My Meatless Mondays.

My family is gradually “warming up” to the heat of chilies and spices too.

Thank you for posting this. Can’t wait to give this a try.

This is a must try recipe, sounds and looks so GOOD!!!
Geri

You sound so much like me. I love to try new recipes and always change it for one reason or another. I like things done a little more than they usually call for. My husband doesn’t like really spicy things, but is getting used to it a little more. He eats everything that I make for him.

These Korean Pancakes sound really good. I will definitely try them (maybe have to adjust the spicy-ness for him).

I think they look and sound wonderful! Add extra chili spice to mine please 🙂