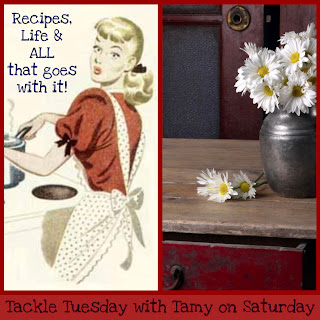 I originally wrote this post for a sister blog, THE Motivation Station, but thought it should be repeated to help make more people aware.  In the end it turns out that the virus was still transmitted via email via facebook from an unwitting family member (they don’t even know who they are).  There are some ugly computer viruses going on right now and they can cost you serious time and money.  I was without a computer and even a telephone since I use a VOIP for over 10 days total.  I lost data and peace of mind.  Knowing that I ran a top of the line internet security protection suite was of little solace in the end.  Knowing that large corporations are also being hit with the same virus only increased my sense of vulnerability.  Don’t take these things for granted and check your own system regularly.  Run daily scans and DO NOT OPEN anything remotely questionable whether you know who it came from or not – trust your gut.  I have yet to return to facebook on my computer and probably won’t, just not worth the risk.

So did you know there was a difference?  Yep, there is a difference.  Do you know what it is?  You’re not alone if you don’t, most people don’t.  I recently took my OLD computer into Best Buy for a check up and optimization.  After the diagnostic, they told me all I needed was an optimization to clean up old temporary internet files and “stuff” to help speed it up.  I run a top of the line anti-virus/internet security suite protection that the Geek Squad told me was working well.  They also told me the optimization would take an hour.  It took 7.  Then just a week later I was back.  My operating system had frozen up.  Now Best Buy and I have come to an agreement as of just this morning, but I was promised a computer on Wednesday mid-afternoon.  I picked it up Friday morning.  It was a comedy of errors that almost had a tragic ending and all because the particular members of this particular Best Buy’s Geek squad have the communication skills of a gnat and the integrity of the dirt on the gnat’s feet, but I digress.  My conversation after the initial diagnosis went something like this:

**He told me, “You have a virus.  Looks like it’s from a gaming site.”
I said, “I don’t visit gaming sites.”
He asked, “Do you use facebook?.”
I said, “Well sure, doesn’t everybody?”
He said, “Probably, but do you play their games, or watch you tubes?”
I said, “A few when I’m on hold or late at night watching TV.
He said, “That’ll do it.”
I said, “But isn’t facebook safe?”
He said, “For the most part, but the games and videos are separate entities, not always related to facebook,”
I said, “Why didn’t my virus scan catch it?”
He said, “You should also be running internet security.”
I said, “I thought I was.” “In fact I am.”
He said, “Yeah I see that now, top of the line too.  In that case I don’t know why it didn’t catch it.”
I asked, “How long will it take?”
He said, “Somewhere between 2-24 hours.  It’ll be ready tomorrow afternoon”

They promised to call and let me know when it would be ready on Wednesday morning.  Late Wednesday afternoon, I called them.  I was told the guy from the previous day didn’t understand the “scope” of the problem and it would be a few more hours, but she’d call me and let me know when I could pick it up.  Wednesday night came and went.  Thursday morning came and went.  I was trying to be patient!  But by Thursday evening my patience was worn thin and I showed up at their counter.  Now the guy I spoke with on Thursday evening was very sincere, nice and honest.  He also called me several hours later to keep me informed, but I still went home without my computer because it had several more hours to go.

My big problem is with the **guy who came out while we were talking, who listened to everything that I was saying and never once offered up that he was the guy I spoke with on the phone on Tuesday that set all the errors in motion, henceforth now known as the “problem child with no integrity”.  I also have a problem with the girl whose defense was that she emailed me the progress.  HELLO?? anyone home in there?  How did she expect me to check that email?  And why do they ask for a primary number to contact you at if they have no intention of using it?

When I picked up the computer, the Geek Squad supervisor happened to be on duty and we had a nice long chat.  Let’s just say he agreed with everything I had to say about their communication skills and integrity and he even took notes.  He then also split the difference on the very expensive repair and thanked me for giving him the necessary information he needed for better training and dealing with a “problem child” on his crew. He also told me that there are many new viruses that are piggy backing many otherwise reputable sites.  The biggest culprits are:

The best way to understand it:
Or for the simple analogy:  anti-virus is an antibiotic after you get the disease whereas Internet security is the multiple healthy steps to prevent the disease to begin with.

And for those of you who are thinking what about using a MAC.  I also looked into MAC ‘cuz everyone keeps telling me they don’t get viruses which is a misnomer from what I read.  They should just add a big YET onto the end of that sentence.  The virus programmers just haven’t become proficient yet in writing for MAC.  There are MAC viruses out there. 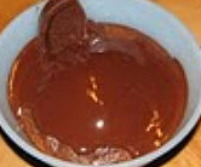 Now for the good stuff:

Melt 2 tablespoons butter in microwave safe ramekin for 30 seconds, add the bittersweet & semi-sweet chocolate and microwave in 30 second increments until you can stir it smooth. Set aside to cool slightly. Sift together the flour, salt and baking powder. Mix together the egg and sugar and beat on high with a hand mixer until slightly thick and turns a dull yellow. Lower speed and add chocolate mixture to egg mixture. By hand stir in the flour mixture until consistent in color. Spoon into ramekins and bake on cookie sheet for 25 minutes or until centers are set. Just after you put these in, prepare the topping. Melt the other tablespoon of butter and then add the German sweet chocolate and melt until you can stir smooth. Just after the brownies come out of the oven, pour the topping over.
WARNING: THESE ARE RICH & DECADENT!

The newest one this week is the Zeus virus being sent out by the more reputable LinkedIn site.

Sorry you went through all that. Glad you got it fixed.

I will never again use best buy!, but I had had good luck with them in California years ago so I sorry to be disappointed now. And yep, that’s exactly what I’m saying. I’d recommend with Kapersky or Trend Micro Titanium. They both are companies that built security for corporations first so I think they are both more sophisticated and that Norton and McAffee have become complacent in the everyday world of internet protection. Here are a couple of links for you to check out. They are not that much more expensive than a plain virus protection. They run $79.95. They are good for 3 computers also instead of the standard 2 of an antivirus.

Gosh! You went through a lot! Understatement. I don’t like Best Buy. I don’t trust them, either! I guess I should always back up everything. We do have an external hard drive in addition to 6 computers in the home, some of which have duplicate information.

Anyway – Are you saying I should have an Internet Protection Suite that consists partly of an anti-virus program? And will you tell me which one you recommend?