Remember when I researched scampi?  And decided that scampi is not just for shrimp? Well, I got to thinking about how we get into cooking/eating ruts.  Are you in a rut?  We are sometimes even with me always trying new recipes.  I started analyzing the flavors we like and those we don’t.  Then I started wondering how I was going to transfers those like into new recipes.  I realized I don’t really need “new” recipes, I just need to “trade” out some ingredients.  This eventually led to me thinking about Chicken Marsala, one of our very favorite flavor combos. Adn that Marsala is not just for chicken.
To get you started here is a little Marsala history.
Marsala Wine Information
Marsala is the west section of Sicily, the island near the foot end of Italy. In 1798 the Sicilians managed to substitute their own wines in place of the standard rum in an English naval shipment. In those seafaring days, something had to be done to wine to allow it to last the long ocean journeys. Brandy was added to allow the wine to last longer, and to be more resistant to temperature changes. These were called “fortified wines”.

Once the British had a taste of Marsala, demand grew quickly. In the United States during Prohibition, things became even more interesting. The typical Marsala bottles made the wine look like medicine. People found that getting Marsala was less risky than other types of wine. While not as popular now, it is still used quite frequently as a cooking wine in Italian dishes.

Marsala is made in the “solera” tradition – a melding of years. First, a keg is filled with wine from the current vintage of grapes. Subsequent years with similar tastes are placed in kegs above the first. When liquid is drawn out of the bottom (oldest) keg, it is refreshed with liquid from the next keg up, and so on. In this manner, the taste remains the same throughout the cycle, and every bottle you get has (potentially) some liquid from the very first vintage.

Marsala was traditionally served between the first and second courses. It is now also served, chilled, with Parmesan (stravecchio), Gorgonzola, Roquefort and other, spicy cheeses.

Marsala Substitutions
I regularly get email from casual wine drinkers who come across a recipe for chicken marsala or veal marsala and want to know what other alcohol they can substitute instead. I *love* both of these dishes. Here’s the issue. Imagine you had a recipe for making orange juice and you wanted to substitute lemons instead. They’re both citrus! However they taste very different. So you’re no longer making orange juice, you’re making lemon juice now.

The same thing is true for dishes with marsala. It has a very specific dish. Sure, you could make chicken with chardonnay, or chicken with cabernet, and they might be tasty. But they are no longer chicken marsala. The flavor will be completely different. So at that point you could call it “chicken with wine” and be happy. If you want chicken marsala, then you need to find marsala, so that it tastes like marsala.

Pretty much any regular wine shop will have marsala bottles on their shelves, along with the port and sherry. Again marsala doesn’t taste like port and sherry 🙂 But that’s the type of wine it is. So I highly recommend that you take a run to your local wine shop, grab a bottle of marsala and enjoy! It lasts a long time because it’s fortified. Chicken and veal marsala are really yummy, so you’ll want to make it several times. It’s one of those staples of cooking, like having lemon juice in your fridge.

If you have serious issues with alcohol, I’m afraid there is not a non-alcoholic marsala flavoring. Note that any recipe calling for “Marsala” means this wine. Marsala is the name for this wine.

Sweet vs Dry Marsala
I get emails from cooks asking which they should use – sweet or dry marsala – in a recipe. It’s like saying you have a recipe which says to use cheddar cheese and you have mild cheddar and sharp cheddar and medium cheddar, and which should you use. You can use any of them. They are all cheddar, they will all provide a cheddar flavor. If you like mild cheddar better, you might go with that. But if you’re not a cheese fanatic you might not even really notice the subtle differences between for example mild and medium cheddar flavors when they are in a dish.

So it definitely is to taste 🙂 Do you like sweetish chicken dishes? Do you like non-sweetish chicken dishes? Are you even going to notice the difference which is that kind of subtle variation? Who knows, you might not even be able to taste any difference since both are going to taste “like marsala”. Undoubtedly you’re not going to make chicken or veal marsala only once in your life if you like it, you’ll make it every few weeks. So make it one time with the sweet and one time with the dry, and see if you can even notice any difference. Or, I suppose, have someone else add in the marsala and not tell you which they used and see if you can guess 🙂 It might be you can’t even tell which is being used, in which case it’s not worth worrying about. Use whichever one you have more of.

Storing Marsala
Marsala is a fortified wine – this means they add hard alcohol to it. This also means that, just like you can keep opened (sealed) bottles of vodka and rum on your shelves, you can also keep an opened bottle of marsala around. Yes, the flavor will gently deteriorate over time, but it won’t go from wonderful tasting to awful tasting in three days. You probably won’t even notice the flavor difference after a month or two. Still, I’d suggest drinking it all within three to four months (or cooking dishes with it). When you cook with a flavor, you get a really concentrated version of that flavor. So you want really tasty, yummy marsala flavors – not sort of stale, stagnant marsala flavors. I am very much a fan of eating food that you really enjoy, and savoring the flavors!

Marsala is fortified, so you do NOT have to store it in a fridge or take any special measures. Just keep it in a cool, dark area like any other oil or wine. Marsala will not “go bad” – it won’t turn dangerous to drink – but its flavors will fade over time. 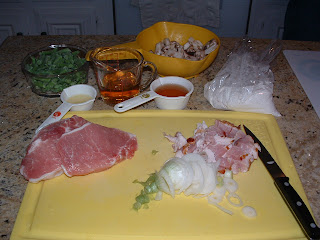 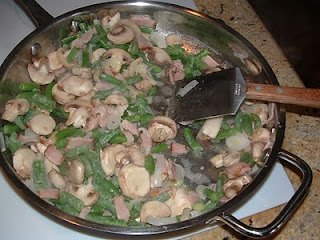 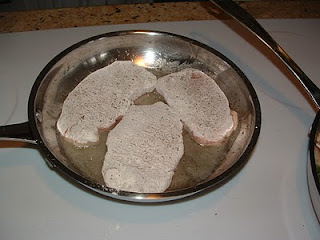 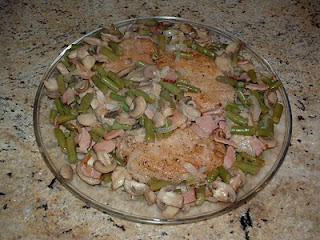 Mmm marsala is a favorite of mine! I love it with just about any protein…pork, chicken, veal. You name it, I’ll eat it. Looks delicious!