Many of you know that we came here to help family in an elder care situation.  We are still embroiled in major red tape with the VA also.  We hit the ground running when we arrived here and there has been very little relaxation time since considering, but we managed to steal a few hours last weekend to check out Brazos Bend State Park.  I wasn’t feeling too well, but we managed to get a few hours of exploration in before I had to give up for the day.  I did pretty well considering when I was finally dragged to the doctor on Friday I was told I had bronchitis, pharyngitis, strep throat and the beginnings of pneumonia.  Hey, I’m a tough old bird!  Kinda like this turkey that I literally almost walked right into at the nature center.  I was then pleasantly surprised to see that the turkey was shot by a turkey I know – LOL my uncle donated him to the park after a turkey shoot several years ago. 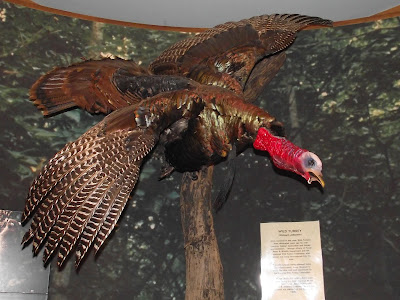 We took a short walk around a small lake and were rewarded with these sunbathing turtles. 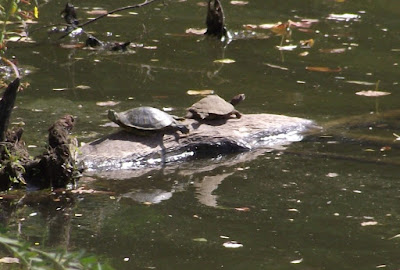 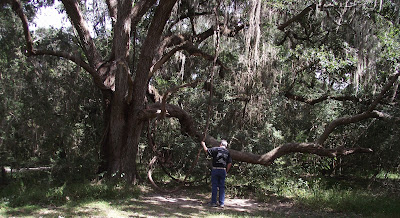 There were tons of what I call Harry Potter trees throughout the park.  You know the kind of trees whose branches look like spidery arms that could scoop up a human being at the drop of a hat? 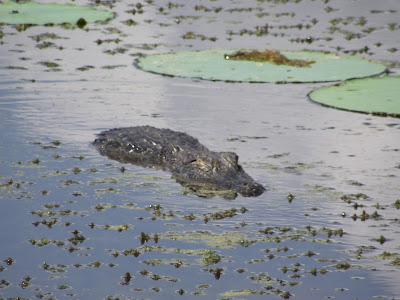 The creme de la creme though is the alligators!  They are such magnificent creatures. At least as long as you leave them alone!  We spent several hours searching for them to have them all be in the same place – sunbathing in a low lake. 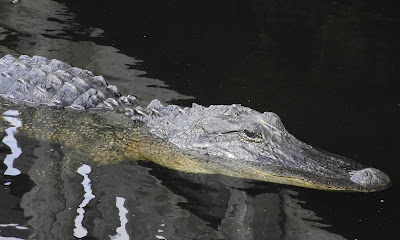 How they can cover themselves in all that slime is beyond me, but it really camouflages them well.  My pictures are pretty clear, but it took some searching to distinguish them from rocks and other growth. 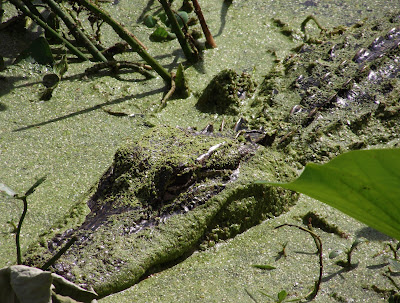 On the way out the park we were rewarded with this unlikely trio – all at peace with one another. 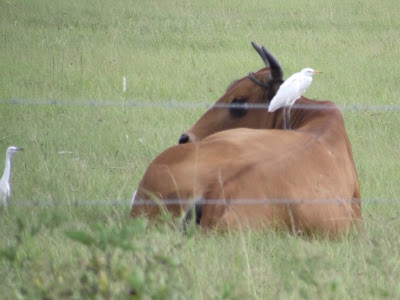 As for this guy, we were positive someone painted this guy up for the impending Halloween holiday, but when we blew up the picture, we don’t really think so.  It appears to be natural occurring. 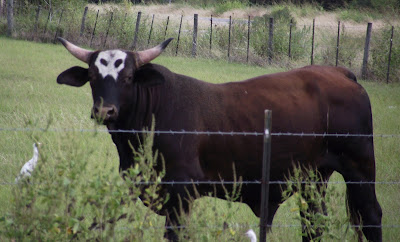 I do intend to go back one weekend soon and see if his “birthmark” is still there or if it has washed away. 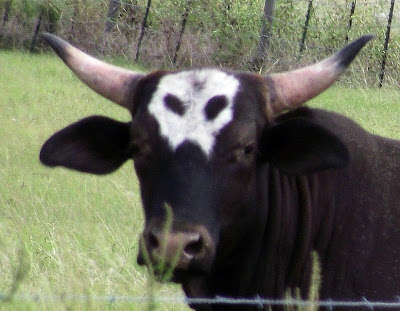 Sounds like it was a great day, especially considering your health at the moment! Creepy cow!!