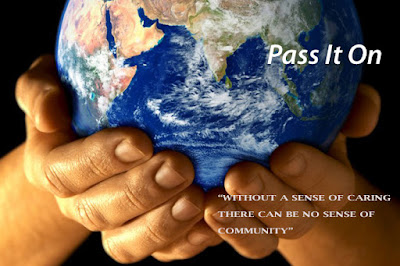 Every now and then we all need a reason to understand why we are here. I know I have been questioning that A LOT lately, but then my good friend, Mikey, sent me the following email tonight and reminded me. Even if the following email isn’t completely true, it reminds us that there are people in this world, many of whom we have yet to meet that need us as much as we need them or need to be needed.
Always follow your heart and grab a tissue.
I was driving home from a meeting this evening about 5, stuck in traffic on Colorado Blvd., and the car started to choke and splutter and die – I barely managed to coast into a gas station, glad only that I would not be blocking traffic and would have a somewhat warm spot to wait for the tow truck. It wouldn’t even turn over. Before I could make the call, I saw a woman walking out of the quickie mart building, and it looked like she slipped on some ice and fell into a gas pump, so I got out to see if she was okay.  When I got there, it looked more like she had been overcome by sobs than that she had fallen; she was a young woman who looked really haggard with dark circles under her eyes. She dropped something as I helped her up, and I picked it up to give it to her. It was a nickel.
At that moment, everything came into focus for me: the crying woman, the ancient Suburban crammed full of stuff with 3 kids in the back (1 in a car seat) , and the gas pump reading $4.95.
I asked her if she was okay and if she needed help, and she just kept saying ‘I don’t want my kids to see me crying! ,’ so we stood on the other side of the pump from her car. She said she was driving to California and that things were very hard for her right now. So I asked, ‘And you were praying?’ That made her back away from me a little, but I assured her I was not a crazy person and said, ‘He heard you, and He sent me.’
I took out my card and swiped it through the card reader on the pump so she could fill up her car completely, and while it was fueling, walked to the next door McDonald’s and bought 2 big bags of food, some gift certificates for more, and a big cup of coffee. She gave the food to the kids in the car, who attacked it like wolves, and we stood by the pump eating fries and talking a little.
She told me her name, and that she lived in Kansas City. Her boyfriend left 2 months ago and she had not been able to make ends meet. She knew she wouldn’t have money to pay rent January 1st and finally, in desperation, had called her parents, with whom she had not spoken in about 5 years. They lived in California and said she could come live with them and try to get on her feet there.
So she packed up everything she owned in the car. She told the kids they were going to California for Christmas, but not that they were going to live there.
I gave her my gloves, a little hug and said a quick prayer with her for safety on the road. As I was walking over to my car, sh e said, ‘So, are you like an angel or something?’
This definitely made me cry. I said, ‘Sweetie, at this time of year angels are really busy, so sometimes God uses regular people.’
It was so incredible to be a part of someone else’s miracle. And of course, you guessed it, when I got in my car it started right away and got me home with no problem. I’ll put it in the shop tomorrow to check, but I suspect the mechanic won’t find anything wrong.
Sometimes the angels fly close enough to you that you can hear the flutter of their wings…
Psalms 55:22 ‘ Cast thy burden upon the Lord, and He shall sustain thee. He shall never suffer the righteous to be moved.’

OMG, this is so touching! I do believe sometimes things would just happen around you if you just pay a little attention to them. May god bless him!
Kristy

What a wonderful, heartwarming story. Thank you so much for sharing this. It made my Sunday night even better.