Last week we had an amazing Chinese-inspired dish at our house so I thought I would try another Chinese dish this week.  This is the epitome of being a home cook in that I just used what I had and I improvised.
Teriyaki BBQ Beef or Chicken with Broccoli Noodle Bowls adapted from Rachel Ray
For the BBQ Sauce
1/2 cup beef or chicken stock
1 cup ketchup
1/2 cup teriyaki sauce or low sodium teriyaki sauce
1/3 cup honey or agave syrup
3 cloves garlic, finely chopped
1/2 palmful coarse black pepper
1 1-inch piece of ginger root, peeled
For the steak or chicken, veggies and spaghetti:
1 cup frozen shelled edamame
3/4 pound flank steak or boneless, skinless chicken breasts
1 bundle broccolini or 1 small head broccoli
Salt
1 pound whole wheat or whole grain spaghetti
2 tablespoons vegetable oil or peanut oil
4 scallions, very thinly sliced on an angle
Directions:  Place the ingredients for the barbecue sauce in a small pot and bring to a boil. Reduce the heat to low and simmer for 20 minutes to thicken and concentrate the flavor a little. Remove the ginger root.
Place a large pot of water on the stove to boil.  Pour a cup of edamame from the freezer into a bowl to defrost. Add the meat to the freezer to firm up, about 15 minutes.
Trim the broccolini or broccoli and cut into 2-inch pieces. Add salt to the boiling water and cook the broccolini or broccoli to tender-crisp, 5 minutes. Remove the broccolini with a spider or slotted spoon and drain well. Drop the pasta into the water and cook to al dente.
Remove the meat from the freezer and slice it very thinly on an angle, against the grain if you’re using beef.
Heat the oil, a turn of the pan, in a large skillet or wok over high heat until smoking. Add the meat and stir fry until brown. Add the edamame and broccolini or broccoli and pour in the sauce. Drain the pasta and toss into the skillet to combine.
Serve in bowls topped with scallions.
Modifications:
-I just used a bag of stir-fry veggies instead of cutting up broccoli/edamame.
Here is what you’ll need: 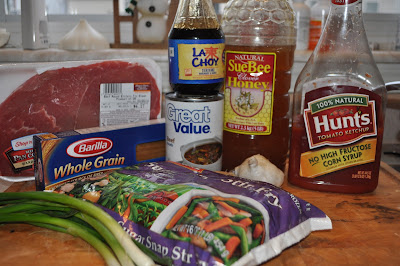 Put all of the “wet” ingredients into a saucepan.  Let it come to a boil and then turned down to a simmer.  Put some water on to boil for the pasta. 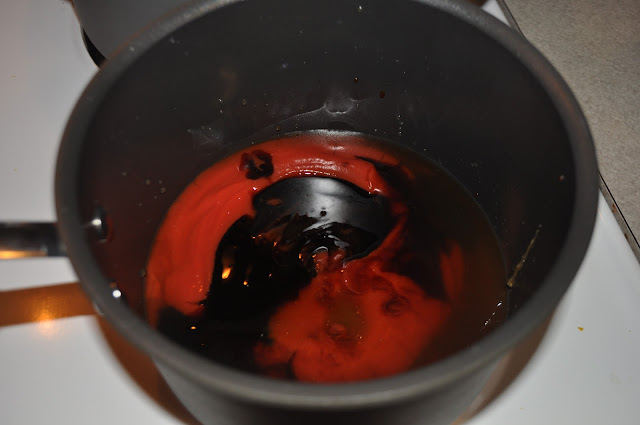 Chop up 3 cloves of garlic.﻿ 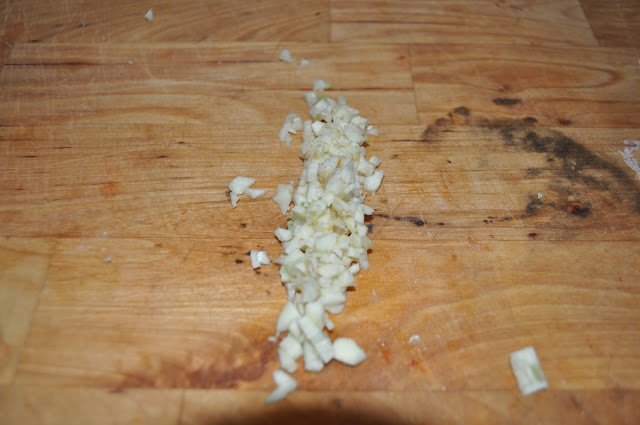 Cut about a 1 inch piece of ginger root, peel it, and throw it in with the wet ingredients.﻿ 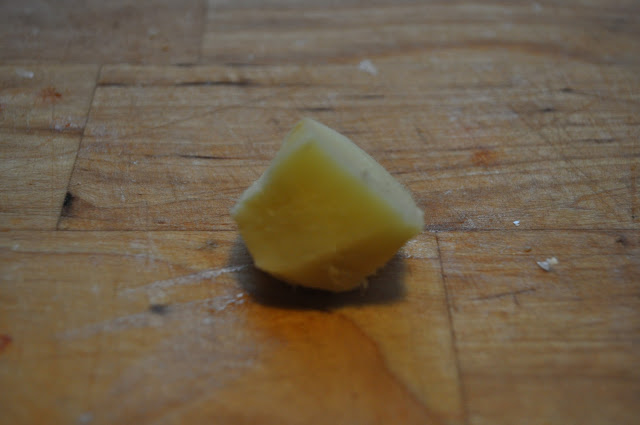 Throw the garlic and ginger root in.  Add the pasta to the boiling water.﻿ 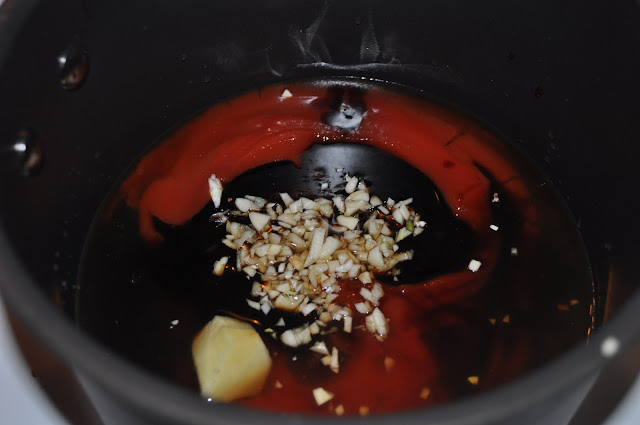 Thinly slice beef, on the grain.﻿ 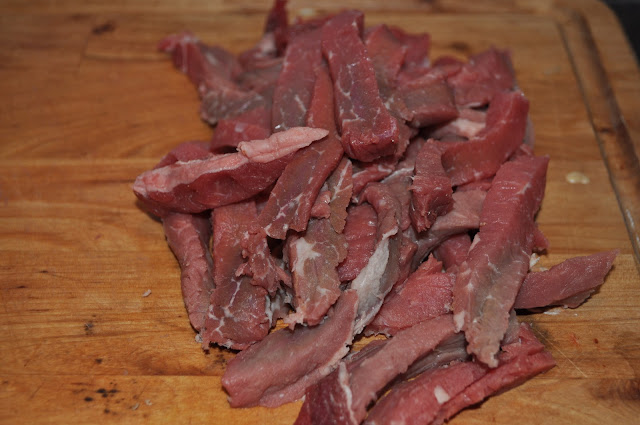 Cut up some scallions or green onions. 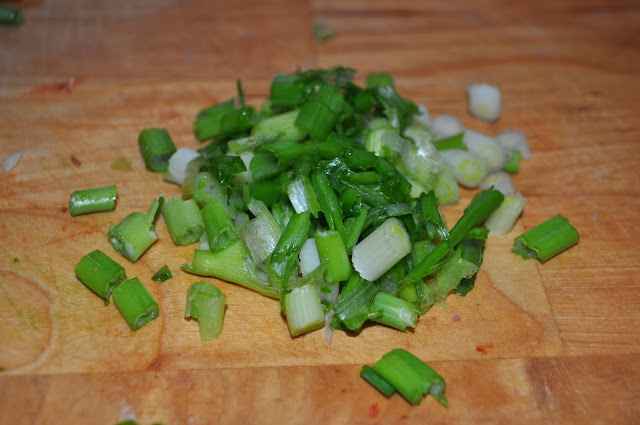 After about 20 minutes, pull the ginger root out of the sauce.﻿ 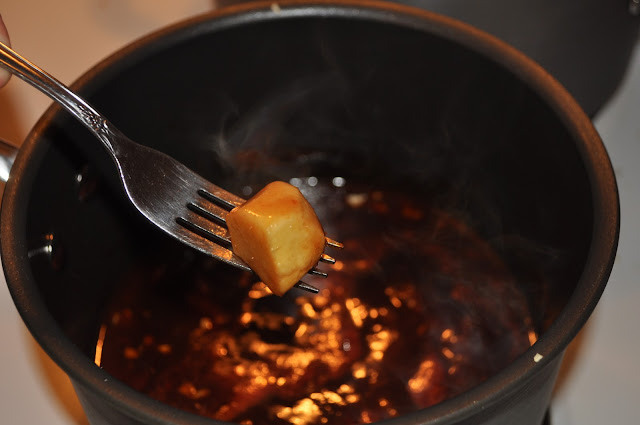 Put the canola oil in a wok or pan and get hot.  Add the beef until brown. 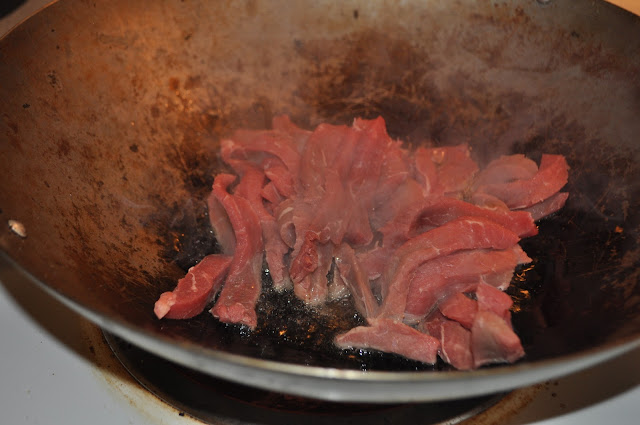 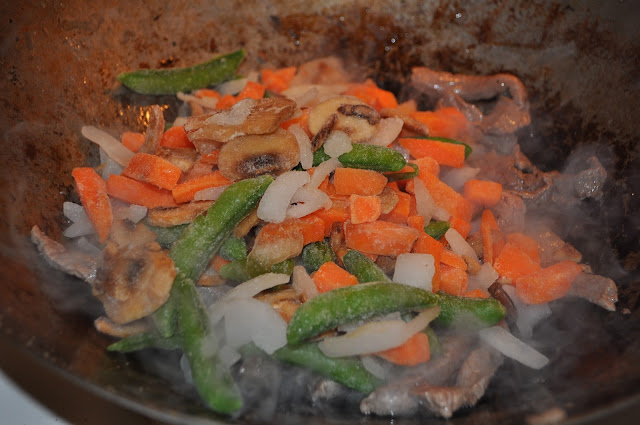 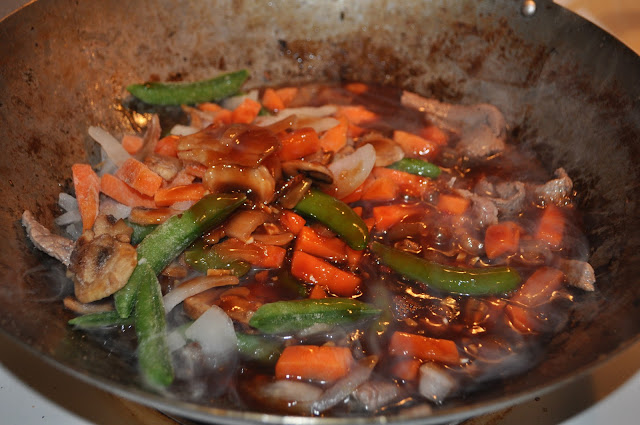 Drain the spaghetti and then add to the pan.﻿ 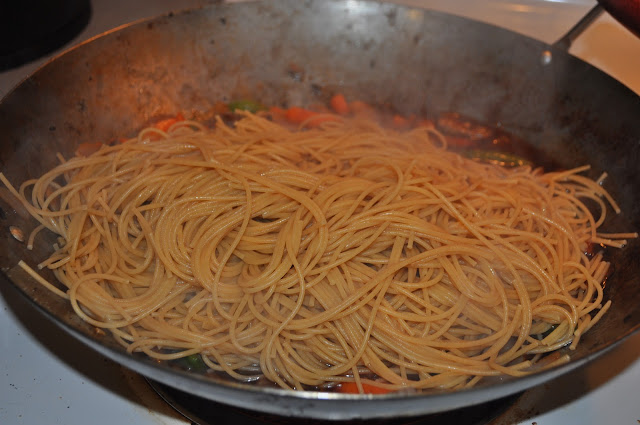 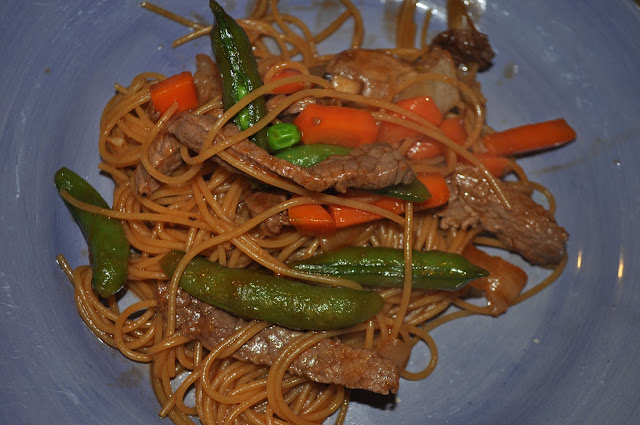 Another successful dish!  The honey really adds to the teriyaki sauce and we actually loved the diversity of the frozen stir-fry vegetables rather than just broccoli and edamame.

These look fantastic! Definitely going on the menu for this week!

So good and delicious. Kanin DID eat it for leftovers the next day.

Sounds delicious and using the frozen veggies makes it a great quick meal too!