Directions: Plug in your crockpot and turn it to low. Add the butter to the bottom of the stoneware insert. Add the chicken–my chicken was frozen, but thawed would work, too. Add all of the dried spices to the chicken. Cut the peppers and onion, and chop or mince the garlic, to add to the mix. Top off with the cooking sherry and orange juice. Chop up the green olives, and sprinkle them on top. 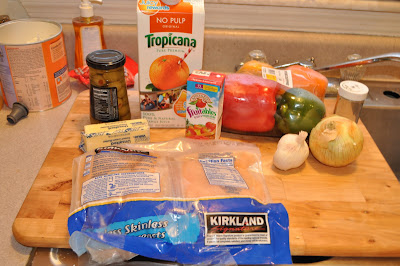 Add the thyme.
Slice up 1 each of red, green and yellow pepper and added them to the crockpot.

Slice a medium onion into rings and added them.

Chop up 3 garlic cloves and throw them in. 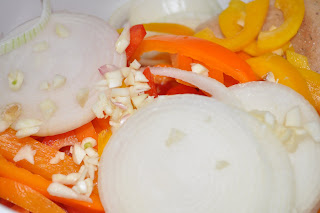 I didn’t have any apple juice but I did have an Apple Harvest Fruitable so I emptied the whole box into it. I also poured in a couple Tablespoons of orange juice at the same time. 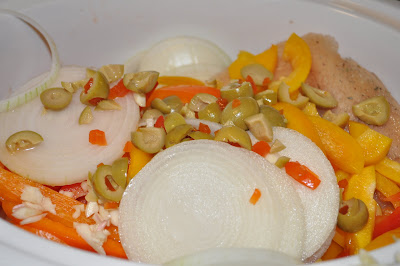 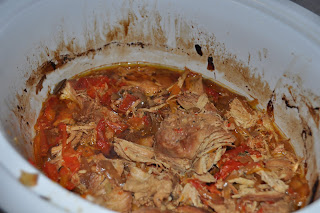 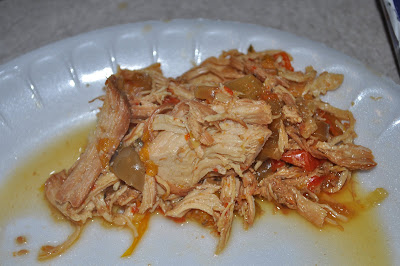 Try serving this over mashed potatoes.  I promise you, you won’t be disappointed.