Directions:  Bring a large pot of lightly salted water to a boil.  Add pasta and cook for 8 to 10 minutes or until al dente; drain. In a large skillet over medium heat, cook bacon until crisp. Drain and crumble.


Directions:  Combine all ingredients and mix well.  Store in a covered container in the refrigerator. 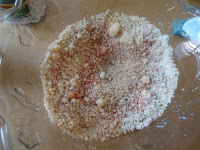 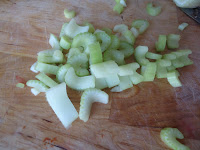 Mix all of the ingredients of the Homemade Salad Supreme Seasoning and set it to the side.

Chop up the celery.﻿ 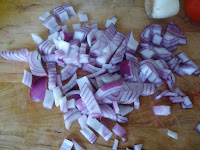 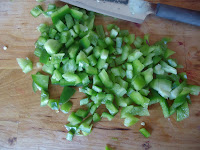 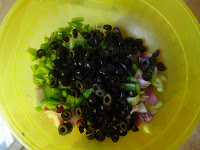 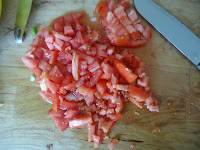 Put celery, onion, and pepper in a bowl.
Drain the can of black olives and add to the mix.
Chop up the tomato.  Add to the other veggies. 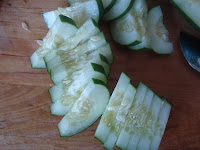 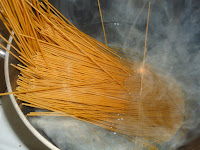 Cut up the cucumber.  Add to the other veggies.
Throw the spaghetti on to cook.﻿ 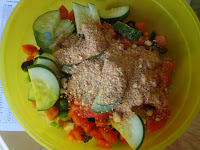 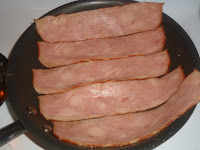 Add the seasoning mix to the veggies.﻿ Fry the bacon.﻿ 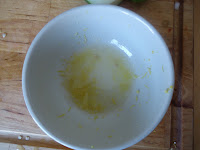 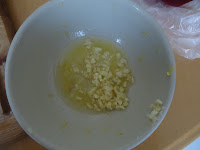 Zest the lemon and squeeze the lemon juice into a small bowl.﻿
Mince the garlic cloves.﻿ 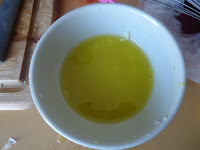 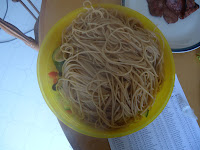 Whisk the olive oil and garlic in with the lemon.﻿

Drain the spaghetti and add it to the veggies.﻿ 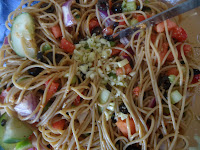 Add the garlic lemon oil.﻿
Chop up the bacon and sprinkle Parmesan cheese on top.
Here’s what you’ll end up with:﻿ 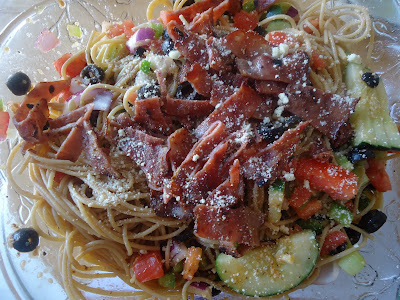 Ok, I want you to go to the store, buy all of these ingredients, and make this dish.  It was SO GOOD.  Perfect for a family get together.

All of the flavors came out in this dish from the lemon zest to the garlic to the tomato juice from the tomatoes.  The black olives and cucumbers gave it a Mediterranean taste and I kind of wished that I would have had feta cheese instead of the Parmesan even though the Parm was delicious, too.

If I could change one thing about this recipe, I would use penne pasta instead of spaghetti.  The spaghetti did kind of overwhelm the vegetables but nothing a spatula couldn’t get around.  I also don’t think that the bacon was needed.  You could also add some grilled chicken to the dish.

Bottom line, it was great!!
Hope you enjoy!
April

I think it’s about time for Tailgating Time:)

Leftovers are great, too!