Modifications:
-I didn’t use mashed potatoes.  I just peeled and cut up some baby red potatoes and threw them in.
-Scott isn’t a fan of celery so I didn’t add it. 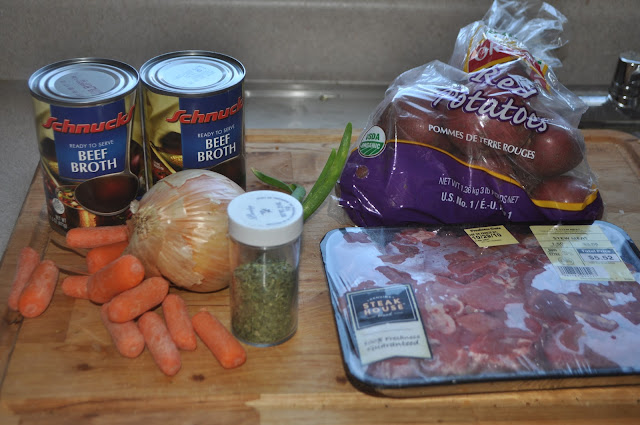 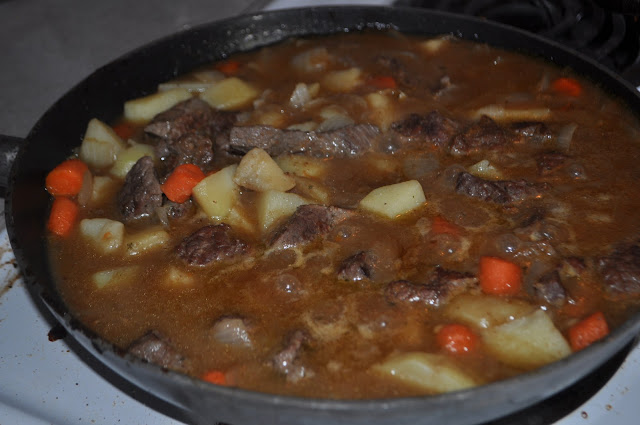 This stew was awesome!  This is a very easy, stick-to-your-ribs, comforting, cold weather meal.  The prep time took less than 10 minutes and the rest was just letting it “stew” together.
Using the beef broth added a lot of flavor but be sure not to re-salt it.  Try to choose a low-sodium beef broth as this could be too salty for some people.