Directions:  Whisk together eggs, egg nog, rum and spices. Heat a griddle. Dredge bread in egg mixture.{I say that like I know what I’m talking about. For non-culinary peeps like me, “Dredge” simply means to dunk or soak something} Butter the hot griddle and place soaked bread on the griddle. Cook on each side until golden brown. Serve with butter and powdered sugar or syrup.
~The rum is optional. If you leave it out (like I did because it was just me and the kids tonight) then try adding 1/2 t. vanilla in it’s place.
Here’s what you will need:﻿ 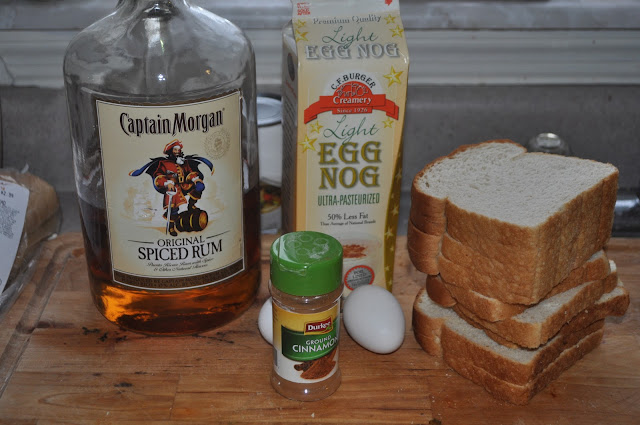 Add 2 eggs and a good dash of cinnamon to 1/2 cup egg nog.  I didn’t have nutmeg so I just added a bit more cinnamon and whisked it altogether. 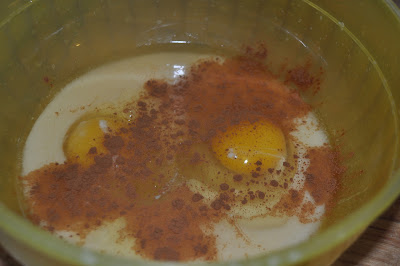 I dipped both sides of the bread into the egg mixture and then put it in the skillet until it was brown on one side and then flipped to brown the other. 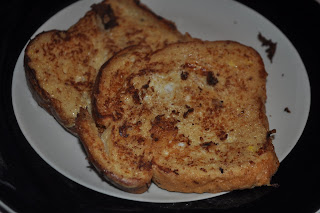 When both sides were browned, I pulled it off the skillet and put sprinkled powdered sugar all over with a side of turkey bacon. 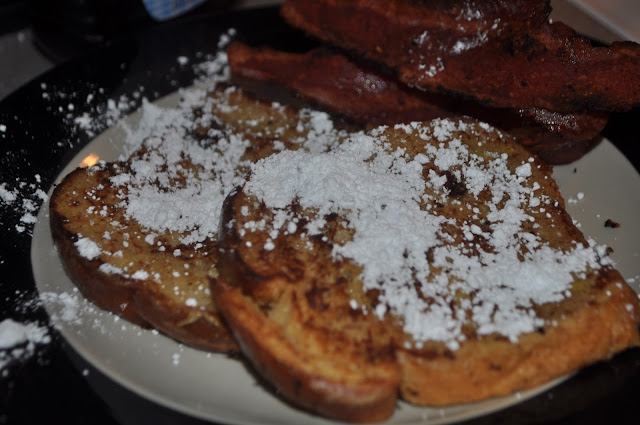 YUM I know what I’m making for Christmas brunch.

Sounds like a great way to eat French toast.