Directions:  In a large, heavy pot, heat olive oil on medium heat.  Add the onions and cook until translucent, about 5 minutes.  Add the tomatoes, roughly chopping them in the pot.  Add the bbq sauce, increase heat to medium high and simmer for 10 minutes.  Add the chuck roast.  Bring to a low simmer, cover and slow cook until meat is very tender, stirring occasionally, about 3 hours.

Remove the meat from the pot.  Use a fork and knife to separate the roast into small pieces. Set aside.

Increase the heat on the pot to medium/medium-high, uncover, and reduce the liquid until thick.  Stir often to prevent burning.

Return the meat to the liquid in the pan.  warm both thoroughly.  add salt and pepper to taste. 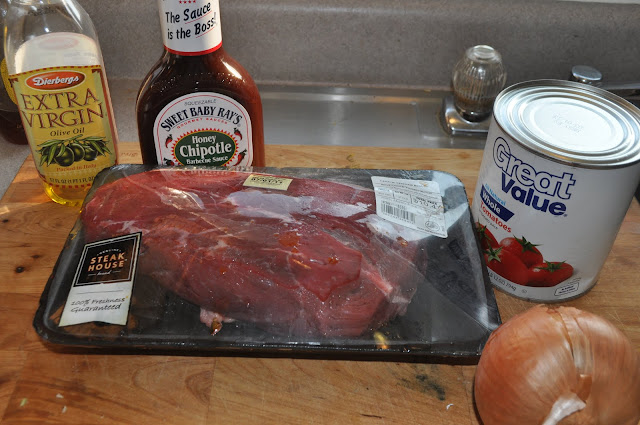 Chop up an onion﻿ 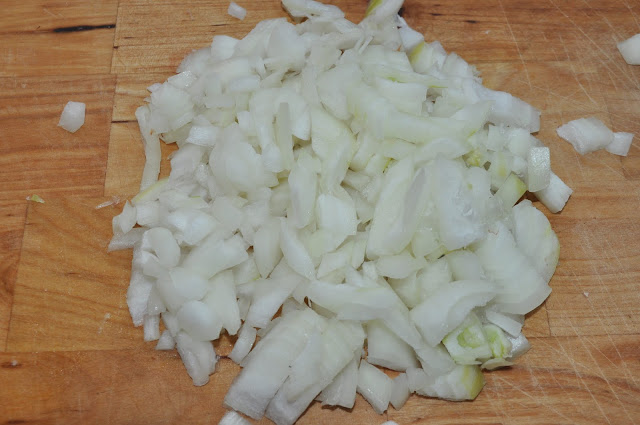 Saute in a deep pan with some oil.  Make sure the pan is big enough to slow cook the meat in.﻿ 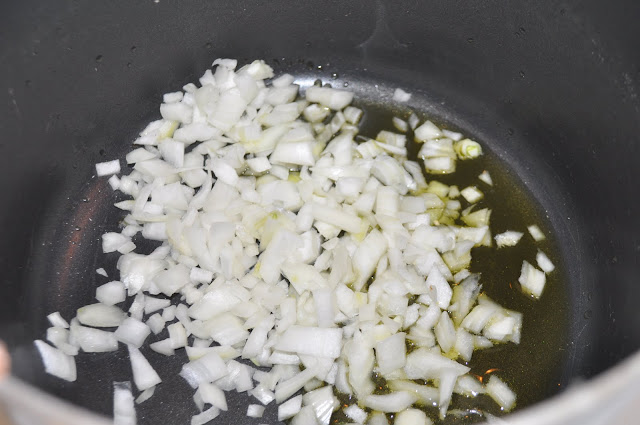 Add a can of tomatoes.  The recipes says to add the can and then roughly cut them up while they are in the pan.  It would have been much easier to give them a rough chop beforehand.﻿ 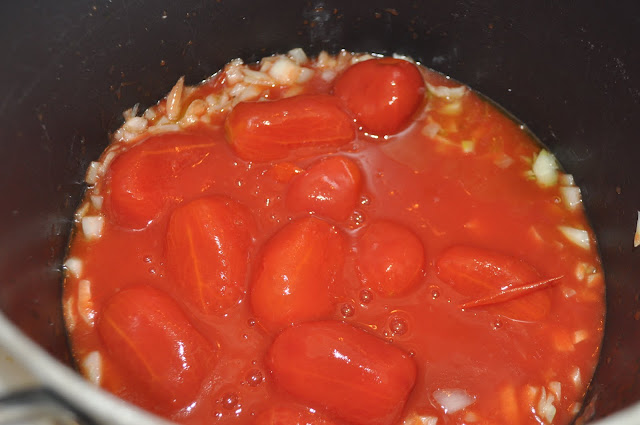 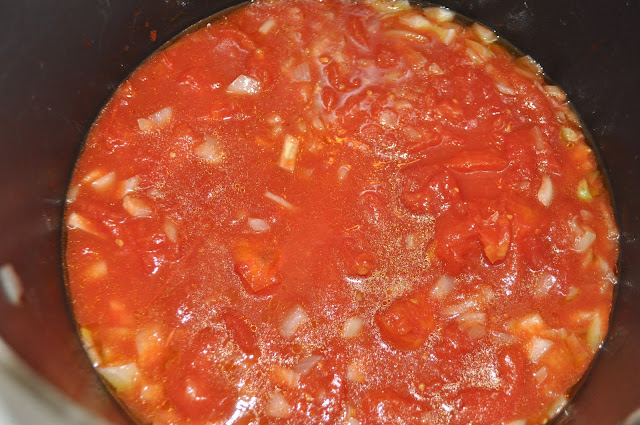 Add the bbq sauce and simmer for about 10 minutes.﻿ 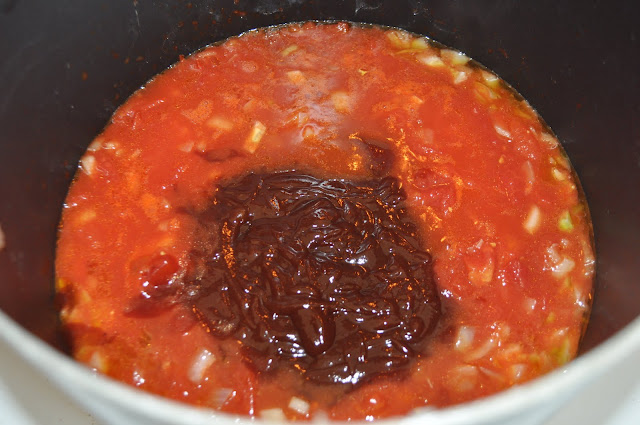 Add the meat and slow cook for about 3-4 hours.﻿ 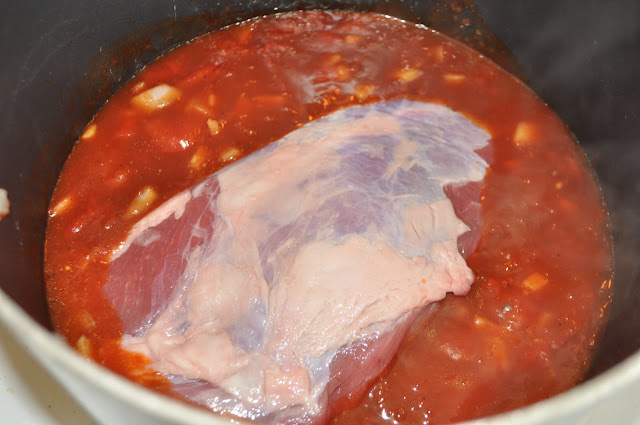 Pull out the meat and shred it and then put it back into the sauce.  Keep on low until ready to serve.﻿ 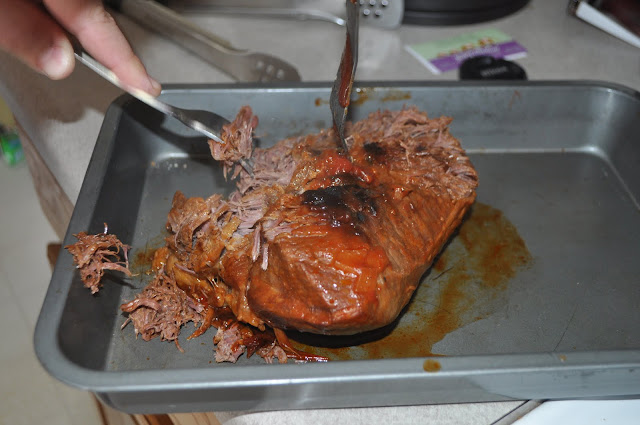 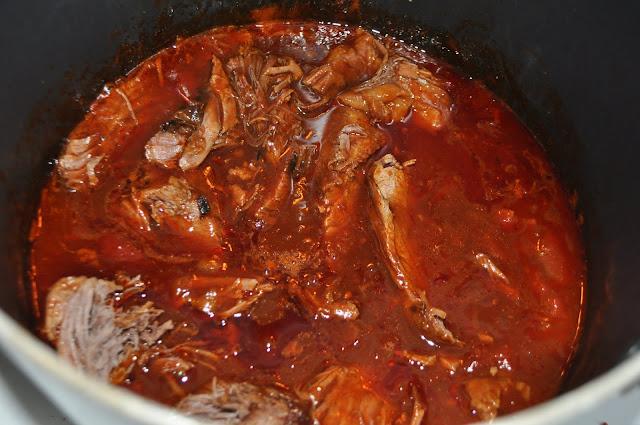 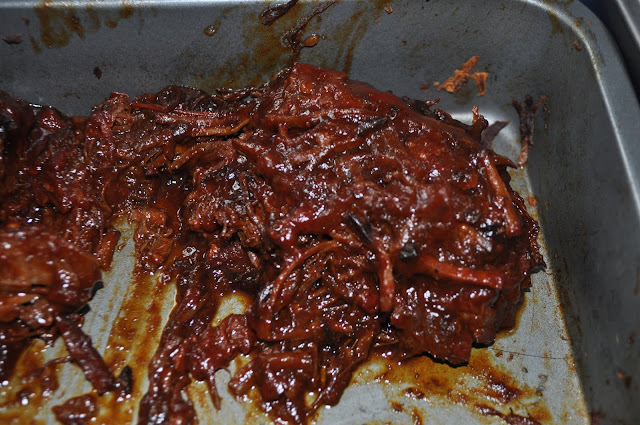 Our Thoughts:
This beef was very tender but also had a few “burnt ends” which were fantastic, as well.  While it didn’t have the smokiness of being cooked in a smoker, being slow cooked on the stove gave the meat a very tender, fall apart texture that really soaked up the sauce.
I used Sweet Baby Ray’s Honey Chipotle Sauce which had a nice little zing at the end but you can use whatever sauce you love the most.  Perfect for a day of football, family, and friends.

This looks so good..

this look amazing!! wanna try it some time