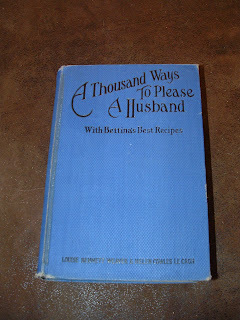 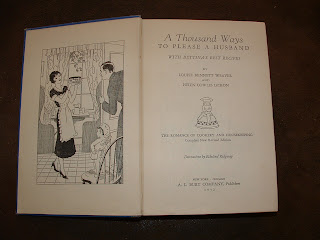 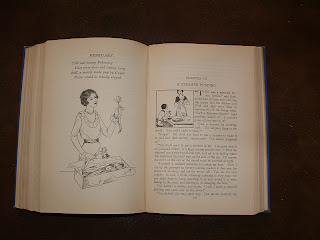 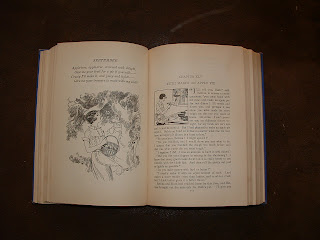 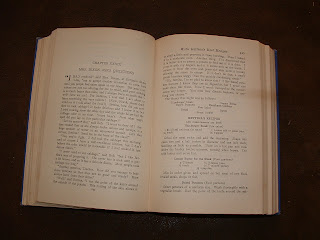 I found this awesome book at a rummage sale a few years ago and it’s just been sitting on the shelf begging to be read, “A Thousand Ways to Please A Husband with Bettina’s Best Recipes”, by Louise Bennett Weaver and Helen Cowles LeCron. This is a 1932 complete revised edition. It was originally written in 1917.

It appears (I have hardly began to read it, only leafed through it so far) to have been written as a novel of Bettina’s life and interjects the recipes as needed to emphasis the points of the message.

By today’s standards it is obviously outdated, but I found it amusingly quaint and it has some awesome recipes. It’s in like new condition. This too I find amazing, it obviously wasn’t well used. Over the next few weeks, on Tuesdays, I will post several of the more appealing recipes that I’ve adapted to today’s ingredients and standards.