To play along, link up with Martha at SEASIDE SIMPLICITY

1 WEEKLY RECAP It was a strange week, but oddly quick.  I guess the holiday made it seem quicker than it was for some reason.  We never go anywhere for the 4th anyway, but falling on a Saturday always seems to make it seem more like a long weekend.  Based on the traffic I saw at the gas station and getting on the freeway I think a lot of people were traveling.  I have to be honest it scares me because I saw a ton of camping equipment and boats which means there probably won’t be a lot of social distancing or masks going on. 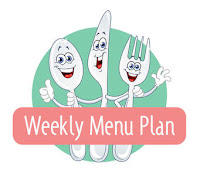 3 MENU PLANS Since I’m not giving you much of a menu this week, I will give you my FAVORITE cheesecake recipe instead.  It’s PERFECT every time! This time I made a creamsicle version.

I found this recipe in an old (1960’s) cookbook put together for a lake area homeowner’s association. I have no idea what makes it “AUSTRALIAN” and Ruth Traum is unknown to me so I can’t even ask her. I tried to do research and found several recipes called “Australian), but none of them said WHY they were “AUSTRALIAN”. Best I can tell it’s just a version of a no-bake cheesecake, but it’s SUPER airy and light.

Ruth’s recipe used lemon jello, but it is a simple thing to change up the flavor to your liking. I mixed a box of cherry and lemon, using only half then and saving the other half for another time. You can also substitute ginger snaps for the vanilla wafers or mix in some pretzels for and extra crunch… The second time I made it I used a combination of lemon and lime on the jello… The cherry was better, but we’ll try orange next time 😀

4 SOMETHING TO SHARE The local paper ran an article on a coin shortage.  Long story short the people who work the sorting facilities are NOT working right now so there is an actual shortage of coins in circulation and businesses need your help.

5 PHOTOS OF THE WEEK We did do a nice hike around the pond on the 4th.  It was perfect and there was NO ONE else around.  Usually there are a lot of people, fishermen, kayakers, etc… so we were pleasantly surprised and happy.

Martha, an old friend that I met through blogging years ago, had a great food blog with and have never actually met in real life, but feel like we’ve known each other forever… has returned to blogging after a couple years absence!  She is doing what she calls, Sunday 6 over Seaside Simplicity as a link party. I hope you will play along too!  Some of the categories overlap with categories I also do on Monday’s Happy Homemaker and Menu Plan Monday, but I’ll be brief in the overlap categories.

Last week was kind of a blur for me and I’m not sure why exactly!  I do know that things we used to take for granted are now a lot more work.  We’re planning a trip to see a friend and in the past we would just take off during the week and see how far we got and then find a hotel for the night.  Not now though!  I spent a couple days researching routes, distances, hotels, etc… so we can stay safe.  I’ll pack a cooler with foods for the trip from here to there so we don’t have to stop except for gas.  We had a few days of excessive heat and then it cooled off significantly with rain that moved in last night.  There is NOTHING NORMAL about this year!

4 SOMETHING I’D LIKE TO SHARE
I honestly don’t have much to share this week.  As I said last week for some reason was kind of a blur.  I am still trying to regulate my medications and having eating issues because of the recall to certain medications, but am trying my best to make the best of it all.
5 PHOTO OF THE WEEK
We took the stale breads over and fed the Peacocks and turkeys this week.  For a change the turkeys and Peacocks were playing nice with each other and sharing food.  My guess is a lot of other people have been doing the same thing as a place to go and get out while still social distancing so they have lots of food and no need to fight over it.  That said, we didn’t encounter any other human beings in the park 😀

6 CLOSING NOTES
Every single day I pray to wake up and find some form or normal has returned to our world.  Then I have my coffee and realize that while I slept something else crept in to our world unchecked. I just pray that everyone finds it within themselves to be a kinder and nice people to think not only about themselves but all the others they share this planet with.

An old friend that I met through blogging, had a great food blog with and have never actually met in real life, but feel like we’ve known each other forever… has returned to blogging after a couple years absence and I was blown away to see she was diving back in as if she never left.  Welcome back Martha!  She is doing what she calls, Sunday 6 over Seaside Simplicity. She’ll make it a link party if enough people want to join in.

Some of the categories overlap with categories I do also on Monday’s Happy Homemaker and Menu Plan Monday, but I’ll be brief in the overlap categories.

I had a pretty good week and the weather was good.  We did get a couple little half day trips for photos done and overall had a good time despite life being turned upside down right now.  I did an inventory of my pantry back stock, freezer stock and menu planned through the 6TH of July so I could get a grocery list made for tomorrow’s grocery shopping.  I was also able to get the recipes lined up to post on both this blog and my “recipe” only blog Savory Kitchen Table.

Martha shared a new blog which reminds me I need to get back into finding new blogs. I hate that my favorite reader went away and then there were a bunch of changes to the new one and I hate to admit I lost interest in things when my schedule was so busy. I’m going to try and start seeking out new blogs this year! In the meantime, I’ll leave you with a funny as we approach a new month that is indicative of all that we’re going through in 2020. 😀

5. PHOTO OF THE WEEK

This was a hard category for me – I just had too many favorites from this week and if you follow me on INSTAGRAM you know what I mean! 😀 That said, I have to say this Bumble Bee picture is probably top of the list.  I can’t believe I was able to actually get the veins in the wings even.  I took this on the move with my iPhone.

Sunday 6, Happy Homemaker and Menu Plan Monday are something I need to do regularly. My Virgo organizational habits are well suited by it 😀 I find I do best when I have a plan, a list or at the very least consistent organization that surrounds me.  I hope everyone is having a WONDERFUL and relaxing father’s day, maybe with some back yard BBQ or at least a couple drinks and a good meal.