OUTSIDE MY WINDOW & THE WEATHER OUTSIDE & WHAT I’M WEARING It’s warming back up here for the next week, but nothing like other areas! so I’m not complaining! Plus the nights are cooling off well.  Standard uniform for me today  of Levis, comfy t-shirt and flip flops.

ON THE BREAKFAST PLATE Hot water and peach yogurt

AS I LOOK AROUND THE HOUSE, WEEKLY TO DO LIST, HOUSE & CRAFT PROJECTS, APPOINTMENTS

FAVORITE PHOTO FROM THE CAMERA It’s that time of year when the critters are eating veggies from the garden.

FEATURED PARTY LINKS FOR THIS WEEK

RECIPES TO LOOK FOR THIS NEXT WEEK OR SO

NOTES:  Chicken and rice can be made separately without baking time if you are in a hurry!

ACTIVE PREP TIME: 15 minutes
COOK TIME: 25-30 minutes
TOTAL TIME START to FINISH: 45 minutes
SERVES: 4-6 depending on appetites
WHY I’LL MAKE IT AGAIN: This is a comfort food perfect for ANY Fall evening!  It’s a quick cinch to make on a weeknight too.
NOTES: Don’t over stuff your bread (like I obviously did 😀 )

We LOVE cookies and we LOVE pies around here, but with just the two of us pies are too big and cookies don’t always have the summer flavors we’re looking for.  So, WHY not combine them into little cookie pies FULL of flavor AND the crunch of a cookie AND a streusel topping? You can also make your own sugar cookie dough and even use FRESH fruits, but why not go easy on that too?

***NOTES:  Any flavor works, but for summer peach or apple is awesome.  I also really like using blackberry or a black and blue berry combo! Today was a berry combo  using strawberries, raspberries and blueberries.

It’s time for Wednesday Hodgepodge hosted by Joyce at From This Side of the Pond. Head over to get the questions and answer them on your blog. Come play along!

1. The Hodgepodge lands on the second day of a brand new month. Tell us one thing you’re looking forward to in September. I LOVE September! I used to look forward to school starting after day, but now I look forward to the cooler weather, the falling leaves as autumn approaches, my birthday, fall recipes…

2. Do you enjoy browsing second-hand shops? Last thing you bought or ‘inherited’ second hand? I LOVE second hand shops AND antique stores in general. There are priceless finds just waiting to be found. Over our anniversary we were out antiquing and visiting second hand shops when hubby found me a hundred old notebook full of handwritten recipes that we purchased.

3. Something you had second thoughts about after committing to, purchasing, or posting/commenting  online? That would have to unequivocally be the decision to go to Texas to help out my uncle with my grandparent’s house after my cousin passed away. Long story, but you can find the whole story and the pictures to go with it here (A House From Hell) if you are interested.

4. What’s a product or service you use that you’d rate as second to none? Hmmm this is a tough category. Honestly, NOTHING is coming to mind right now.

5. Something you do so often or that comes so naturally to you it’s second nature? Besides the obvious answer of breathing, there are a few not so obvious answers for me… cooking, improvising when necessary to complete household tasks especially when rehabbing houses…

6. Insert your own random thought here.

Tuesday 4 is hosted by Annie from Cottage by the Sea in honor and memory of Toni Taddeo who started the concept of Tuesday 4 years ago. Go to Tuesday 4 to play along. 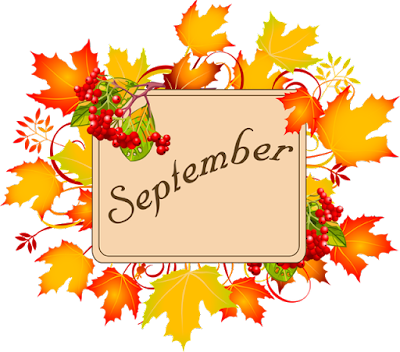 1.What memories does September bring back to you of school, autumn, songs, movies? When I was a kid school always began after Labor day, so September meant Back to School.  September is also my birthday month so it was a big deal as a kid.  I still love my birthday even though I no longer count 😀 But, now September is Ovarian Awareness month where as a survivor I try and spread the word.  I can’t think of any specific movies or songs.  Fall is my favorite season though and I ALWAYS look forward to September to herald it in.

2. September is the first of what are called the “BER” months, the end of summer and the beginning of autumn. Which do you enjoy more, summer or autumn and why? Summer is just something I tolerate.  I’m a serious Autumn girl!  I LOVE all things fall – cooler weather, cute sweaters, all things pumpkin and spice.

3. Have you ever gone apple or pumpkin picking or gone into a corn maze? What was that like? I’ve done them all. When I was a kid we had Lombardi Farms that was where you went for your pumpkins and all things corn maze. Through in a haunted house and I’m all in 😀

GOOD MORNING dear friends.  I hope everyone had a GREAT weekend and you were able to enjoy this last week of August.  Can you believe tomorrow is the beginning of September?  It’s been 6 months since the world turned upside down! I’m really looking forward to FALL weather, with sweaters, crisp evenings and all things spice 😀

OUTSIDE MY WINDOW & THE WEATHER OUTSIDE & WHAT I’M WEARING Unfortunately, that fall weather I’m craving is going to possibly hide behind an Indian Summer.  We’re hitting high temperatures again this week after last week being absolutely beautiful. I pray they won’t hang around long!

ON THE BREAKFAST PLATE Hot water, baby food and ?

AS I LOOK AROUND THE HOUSE, WEEKLY TO DO LIST, HOUSE & CRAFT PROJECTS, APPOINTMENTS

FAVORITE PHOTO FROM THE CAMERA This week was a weird one in pictures.  We did get over to see the Peacocks with some stale bread one day which is always nice, but then hubby noticed a wet spot in the rocks out back that same night.

That’s “supposed” to be a capped sprinkler.  He dug sown a bit and saw a small “fountain” of water that would disappear if he pressed down on it. When he dug down even further he found that the line underneath had never been capped.  So it was like a small hose running for 20 minutes a day untended whenever the sprinklers were running.

And then there is this adorable Johnny Jump Up – they just refuse to give up trying to grow in the weirdest places.

FEATURED PARTY LINKS FOR THIS WEEK

RECIPES TO LOOK FOR THIS NEXT WEEK OR SO

GARLIC CREMA
1 cup heavy cream
6 cloves to the entire bulb or garlic depending on preference, minced
Combine the heavy cream and garlic in a small saucepan.
Cook over medium low heat, stirring frequently, 10-15 minutes until thickened and fragrant.

**NOTE: I’m sure many creameries make similar flavors, but these specifically come from FACE ROCK Creamery along the Oregon coast and have a tremendous flavor! My theory is that the cool ocean breezes make happier cows that produce better milk for tastier cheese 😀 The bacon never hurts either. 😀