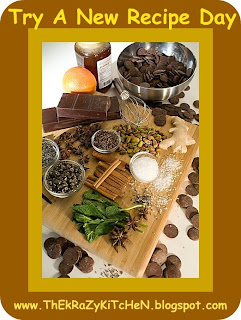 Hi Tamy here filling in for Min today which works well with her theme, Try a New Recipe.  This recipe is the perfect Try A New Recipe.

I recently had a thrift store find beyond belief.  An old recipe box full of old hand written recipes.  I estimate they are from the 50-60’s era when women passed around recipes at morning coffee, tupperware parties and PTA meetings.

This recipe called for either a can of diced tomatoes OR a can of cream of chicken soup for a creamy version.  I decided to amp it up a bit and added a can of Rotel diced tomatoes with green chiles and changed the soup from chicken to celery.  What resulted was an extremely tender and spicy round steak in its own gravy. 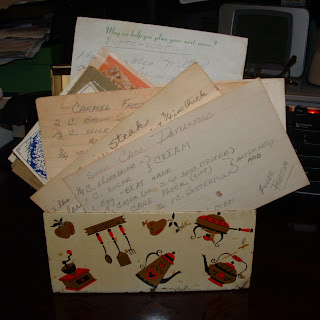 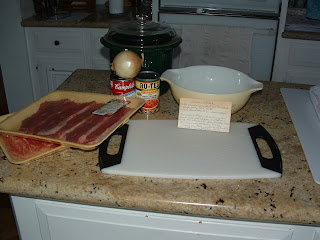 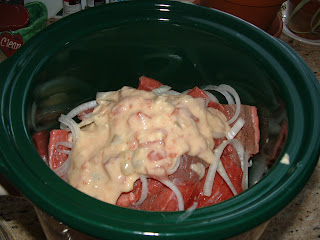 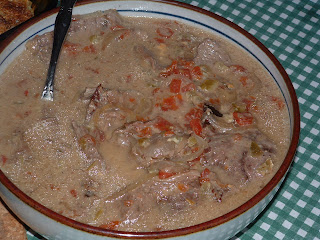 I served it with Potato casserole and the guys wolfed it ALL down! 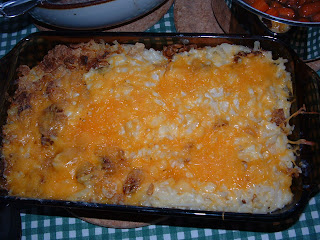 Be sure to link up on the sidebar to join the party.

I hope you enjoy it as much as we did!

Today’s the day, it’s in the crockpot! I used rotel + cream of chicken, and 2 hours on high (+ several hours on low) to make up for my late start! Smells great…

I haven’t used pineapple in a while. Just have been eating its deliciousness plain. This will be fun.

So glad everything is ok Min! 🙂

Anything in the crock pot gets a thumbs up from me!!

P.S. That was a thrift store SCORE!

Thanks, Tamy! I think I’ll make this when my parents come to visit on Friday! (Min’s fine, just completely overwhelmed = space cadet!!) LOTS going on! Thanks for the fill-in and your concern.
-M. =)

Thanks for filling in Tamy. I hope everthing is ok with Min!