Category: A to Z CHALLENGE

Zig zag A method of climbing and descending steep gradients, where shallow-gradient track reverses direction for a while, and then reverses again to continue in the original direction.

Trains more commonly zigzag their way through difficult terrain rather than looping around, but loops aren’t unheard of. There is actually a loop near where I grew up. The loop, built by the Southern Pacific Railroad opened in 1876 to connect Bakersfield and Mojave, about 50 miles away.

In gaining elevation around the central hill of the Loop, a 4,000-foot train will cross 77 feet above its rear cars in the tunnel below. The Tehachapi Loop has been designated as a California Historical Landmark and a National Historic Civil Engineering Landmark.

I wish I had a Zebra, but the closet I came was the zebra stripped tiger from a couple days ago.

Yard is an arrangement of tracks where rolling stock is switched to and from trains, freight is loaded or unloaded, and consists made up.

Yellow A color associated with a warning or a need to slow down when used by flags or signals, but the exact meaning varies from railway to railway.

X is for, who are we kidding? There is nothing much for X ever so I am embellishing here 😀

CROSSING X = A structure used where one track crosses another.

Train whistles are used as a safety warning and also by the engineer to communicate to other railroad workers. It is also a nickname for an air horn on a diesel locomotive. Steam engine whistles were historically known as chimes in the US during the 19th century.

Whistle post is an advance warning to the engineer of an upcoming grade crossing. It is the point at which the engineer should begin sounding the whistle or horn.

I don’t have any actual W #RailArt pictures that I’ve found, but I did have some fun colorful ones from today’s #LumberTrain

Hello sweet friends. I hope you are all doing well and have had a wonderful week. I can’t believe we are back to Monday already! We took a lazy Sunday off, so I will be going at it hard today as we have rescheduled an upcoming trip to leave this week instead. I will probably take a couple weeks off of blogging while we are traveling depending on connections and availability along the way. 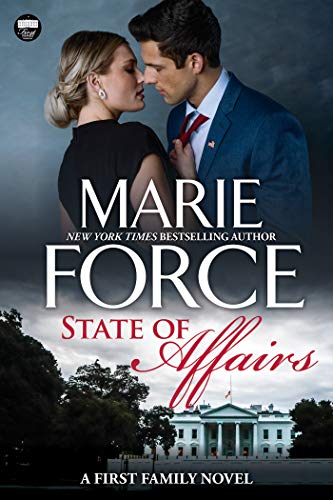 Marie Force’s State of Affairs, the first in the “NEW” series, A First Family. It is the sequel series to her FATAL series of 16 books.

I’ve been doing the A to Z challenge  using #RailArt as my theme and this tiger from this past week is my favorite.

and a little joke to make you smile!

A Vacuum brake is a continuous train brake that is a fail-safe in operation. It is powered by a vacuum from the locomotive, but the application is actually by atmospheric pressure when the vacuum is released. The vacuum brake is now largely superseded by the air brake.

I have NO #RailArt for the letter V unless you count the last one that kind of looks like a V, but I’m not sure what it actually says, so we’ll just go with that. 😀

Unit train – a train in which all cars carry the same commodity and are shipped from the same origin to the same destination, without being split up or stored en route.

While I can’t be sure, I believe many of the trains we see going through our town are these type as much of the #RailArt is actually repeat.

Many of the following pictures are just unreadable, but still colorful and interesting. The first one though is my favorite. Raise your hand if you remember the unknown comic from the Gong Show 😀

The tigers are some of my favorite #RailArt pieces.

Tamping machine is generally a locomotive used in track maintenance and equipped with track lifting facilities, and paddles that push ballast beneath a rail track to assure its level.

Trainman Is an employee assigned to train service, such as a conductor, brakeman, or switchman

Sandbox – A container on locomotives that holds sand, which a crew can drop onto the rail to improve rail adhesion under wet, steep, or slippery rail conditions. The sandbox and operating mechanism are collectively known as sanding gear.

Signalman – A person in charge of the signalling at a station or junction, often in a signal box.

Snow shed – A long shelter erected over a railroad track on the side of a mountain to protect the line from avalanches and drifting.

Today’s definitions are for the letter “R” because I quite honestly CANNOT find anything for Q 😀 so we’ll just pretend it doesn’t even exist.

WOW A to Z challenge is moving right along. I can’t believe we’re already on the letter P!

Have you ever seen a long train with engines on both ends? Did you notice that often the engines are going in opposite directions? There is actually a term for this 😀

Push–pull train – A term for a configuration of locomotive-hauled trains, allowing them to be driven from either end of the train. Also known as “Top and tail” train with locomotives at both the front and back.

Another term that is bit obsolete is that of the Porter – who is an employee who performs various physical duties, chiefly but not exclusively involving lifting. Various types of porters include:

Now those are great definitions, but I don’t have a #RailArt picture for either one 😀 But I do have this awesome one I captured a short while ago for one of my favorite vintage cartoons, Peanuts (Snoopy has always been a favorite) 😀  as well as some fun penguins, an abandoned passenger car and an unreadable PINK #RailArt.

OPEN WAGON A form of freight hauling car for bulk goods. These are typically seen around here as lumber cars, but when we lived back east you would see them as coal cars and where I grew up they were agricultural in nature.