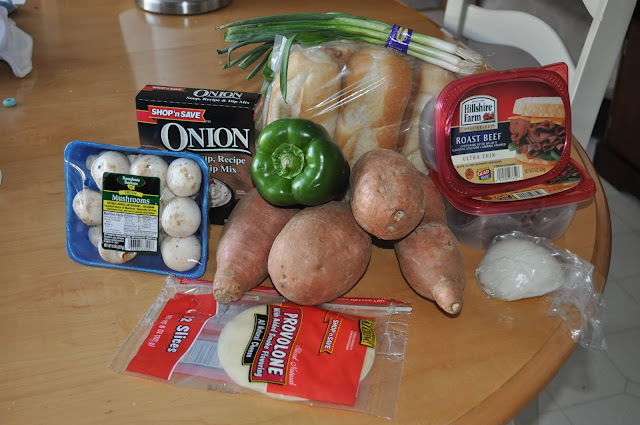 Modifications:
-I used 2 containers of pre-packaged deli style roast beef
-I used the left over Provolone cheese that I had from last week’s Baked Ziti.
Wipe off the mushrooms with a paper towel and cut them up.  Cut up the onion and green pepper, too.

Put 2 cups of water in a sauce pan and add 4 beef bouillon cubes.
Melt 2 tablespoons of butter in a pan.

Slice open the bread while the butter is melting.﻿ 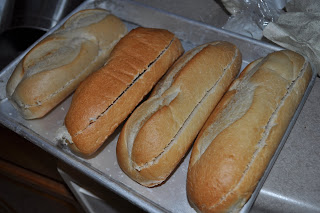 Saute the mushrooms, green peppers, and onions in the butter. 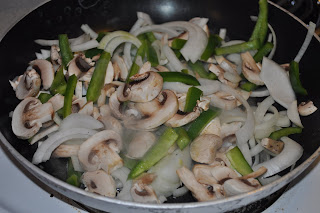 After the mixture has cooked for a bit, ladle in 1 cup of the beef bouillon stock into the onion mixture. 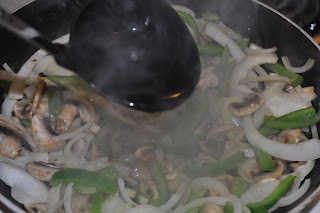 After the mixture has cooked for a while and onions were soft, add the prepackaged deli roast beef and seasoned the pan with Home Seasoning. 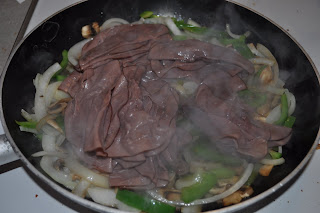 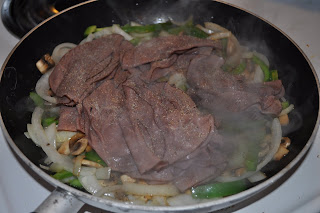 While the mixture cooks, slice up the meat into smaller slices.  Fill in the rolls with meat and veggies and then cover it with a slice of cheese. 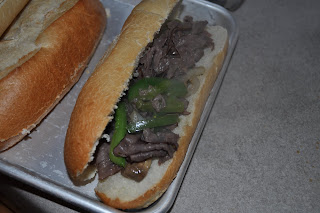 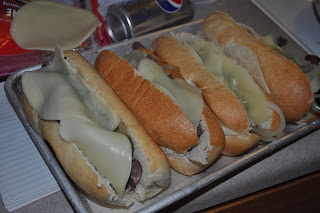 Pop the sandwiches in the oven for about 5-7 minutes so the cheese can melt. 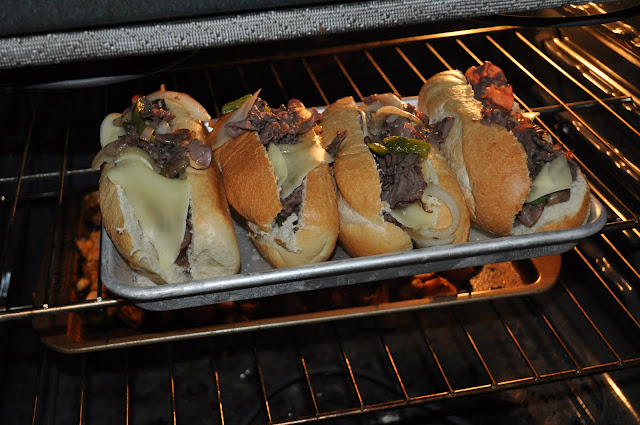 Here is what you’ll end up with: 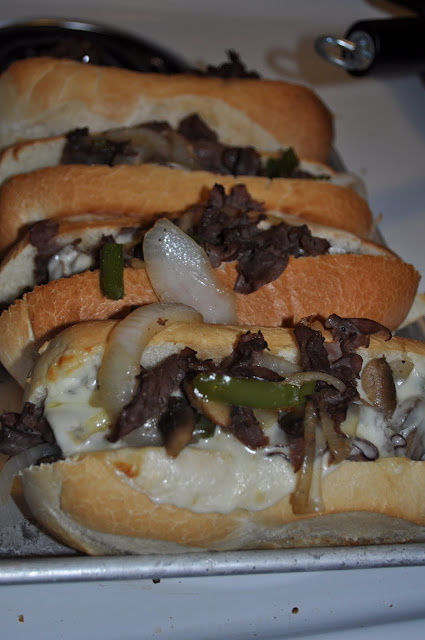 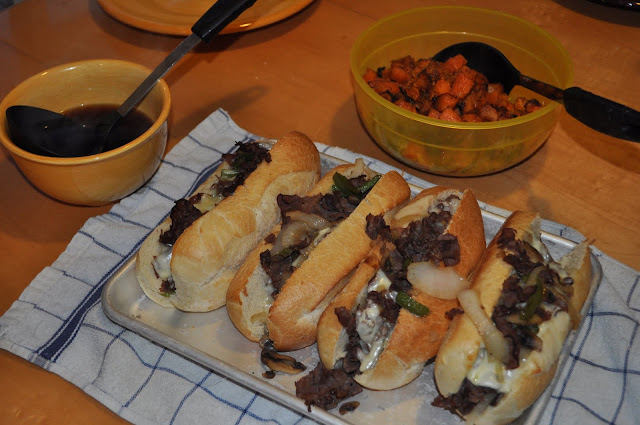 I make mine very similar – it’s a great quick and easy meal!