Taste and Create was started as a food event by Nicole from For the Love of Food.  The whole purpose of Taste and Create was, and has been, and continues to be to create a community of bloggers who test each others’ recipes and share links. The participants of the event are paired together and try a new recipe from one another’s blog. 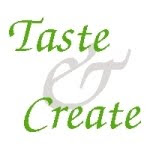 This month my partner is Kat from STUDY FOOD.  She has some really interesting recipes, but I settled on one that my family would eat LOL without asking. “What’s in this?”  I get a bit too creative at times so wanted to treat them to a straight forward home style meal.  So I chose her Po’ Boy Wellingtons because I just loved the irony of students eating beef wellington, a previously reserved for the rich recipe.  Hubby gave them 2 thumbs up!  They were wonderful and I think I’ll make them again using hamburger steaks next time. Even more PO Boy!! LOL 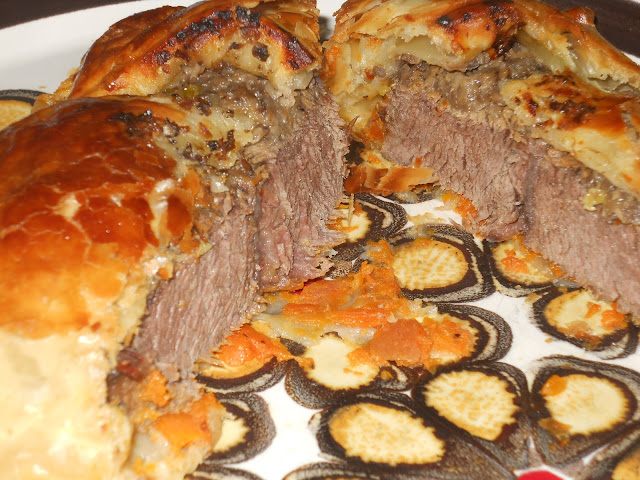 Kat’s recipe in black, my adaptations in red:
Beef: Here, I only had bolar (blade) roast – which I cut a 350g steak from. Because bolar has a reputation of sometimes coming out tough – I marinaded it in the juice of two lemons, a tsp of olive oil, salt and pepper for an hour a side – hoping that the acid in the lemon juice would break down some of the fibres while the oil would stop the meat from drying out too much… If you’re using rump steak, or another, more tender mean you can leave that bit out…  If using Bolar Beef:  Bake your beef, SLOWLY for 45ish minutes @ 150 degrees while wrapped in foil – this’ll make your Beef Wellington a little dryer than strictly desirable (unless you like your meat well done, in which case it’ll be just the same as normal….) but it should also make it somewhat more tender than partially or fast baked Bolar.

If using not Bolar Beef:  Before browning the meat I  like to rub a little more olive oil, salt and pepper into each side – just to add flavour.  Brown the meat on all sides over LOW heat. You are only browning the beef NOT cooking it – so don’t leave it on the heat for too long! Once all sides of the steak are browned wrap it in foil and leave it to cool before shrouding in pate, mushrooms and pastry…
The purpose of browning the meat first is not only to add flavour but also to prevent it from leaking onto the pastry later.

LOL Kat didn’t quite know what my flank steak was all about and I really didn’t know what her Bolar beef was about, but I did google it and then set off to buy my meat, but was distracted by the wonderful manager’s special markdowns that were going on at the end of my local store’s meat counter.  OOH, top sirloin at rock bottom prices – SOLD!

Duxelles: hubs won’t eat mushrooms so I had to get creative here.  I had some left over roasted carrots and some sauteed brussels sprouts.  I was making dinner for 3 so opted to make each one a different flavor, but boy did I mess up the kitchen!!
10 grams butter
1 teaspoons oil
1/2 a tiny onion (or shallot, I guess…) diced as fine as you can
3 cloves garlic, minced or very finely diced
80 grams mushrooms – chopped into the finest dice you can manage
1 teaspoons dried, mixed herbs
2 tablespoons milk

Crepes: (Kat advises against cooking these in a bowed pan – it makes life very difficult) I skipped this as I used Pepperidge Farm Puff pastry and this was just more than we needed.
1/4 cup flour
1 egg
2 tablespoons milk
1 teaspoon oil
Pate: I skipped this too – just more than we needed.
Kat borrowed some homemade pate from a flatmate – she loosely followed this recipe for Chicken Liver Pate from this month’s Foodtown Magazine.

Pastry:
Kat used shop bought pastry – because that’s what she had! And so did I!

This recipe was a raving success!! Tasty, yummy and well worth the time and effort to make the 3 different veggies!