So as we begin the trek home after being here for a year and a half (thanks mom), we realized that we acquired a few things while here. For Martha’s sake I’d like to be able to say that we could pitch it all, but alas these are real treasures for our house and unpitchable and unreplaceable. Since I have yet to have all my strength return, moving has become a major endeavor for us.
We decided to hire a mover, you know, an end of the load kind of deal. We don’t have many pieces of furniture (just a few BIG bargains ~ 2 tables, an antique file cabinet, an antique bar stool and a bed frame), but it’s primarily boxes so we started contacting companies and decided on a home grown American based mover that uses up and coming mom and pops, Proud American Moving Network. The day we signed the contract, the local news station did an expose’ on moving scams. So off to the Better Business Bureau to check out our new found mover we went. We are pleased to say they are not part of the scam and had no local open complaints. That was when it hit me – do a blog post, take some pictures and chronicle the move.
Think about it – one of the biggest complaints you hear from people is about moving companies – how they damage your stuff, don’t settle the insurance claims, etc…
The very first piece of advice I have is PACK YOURSELF!!!!!!!! My mom has moved a few times and used the same company each time. The last time I was in college and needed a few extra bucks so offered to do their packing for them at a reduced rate. If I remember correctly even with paying me a nice sum, she still saved A LOT on their packing fees, used less space and nothing I packed got broken in the move. It’s all about space, organization and weight distribution. 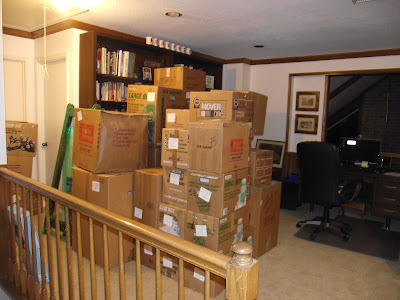 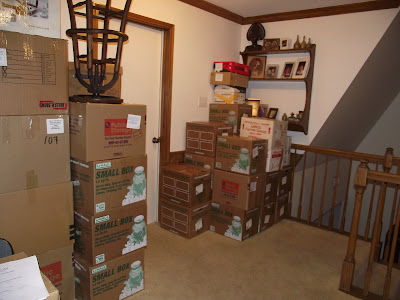 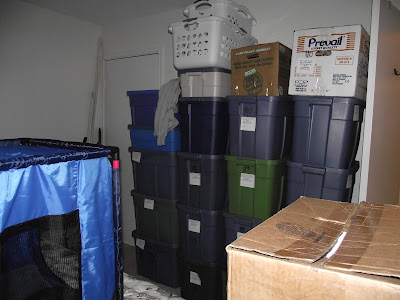 For this move I have created an inventory, numbered and weighed the boxes myself. One of the points on the expose was that some of these companies overcharge based on weight. Now how are you going to know the total weight of the load unless you weigh it yourself – one box at a time. That also ensured poor me who has so little strength right now that the boxes would not be too heavy. After all, if I can carry them, some guy with a dolly certainly can! 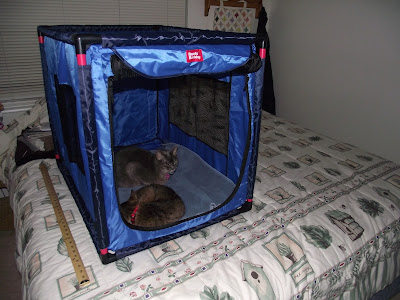 Even the kitties are getting used to their temporary house for the move!