We’re winding down finally!! Hopefully this was the last load to the dump. 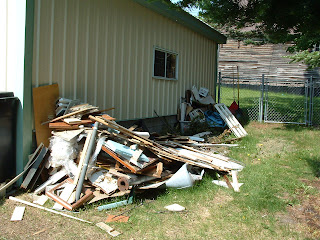 I packed that truck as tight as I could! 800 pounds of construction debris. 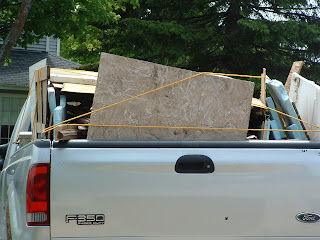 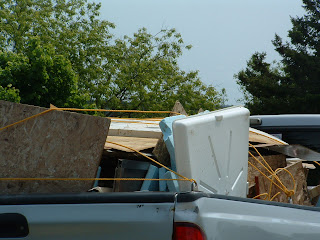 Hubby and I are working hard on all of the finish trim molding in this old house, you know the little stuff that is more frustrating than the original demolition OR the subsequent rebuild!

This corner behind the refrigerator was one of the most frustrating due to an old wall and a new wall joining. 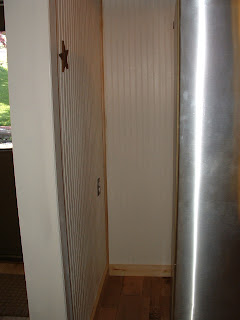 While we know this wall is plumb, it is also half 117 years old and half brand new, which always creates a little frustration. We wanted to keep it as original to the character from 1892 as we could. So, we chose to build the arch and then paint instead of stain for the ease of the kitchen. 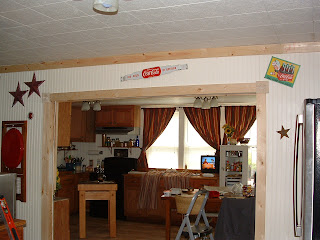 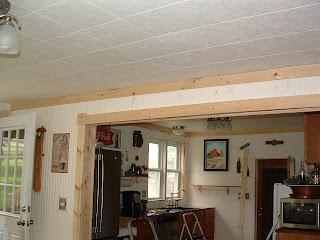 Hubby finished the ceiling tiles and started the molding around the upper edges while I started painting the archway. 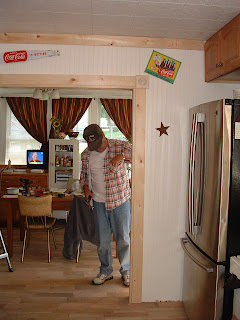 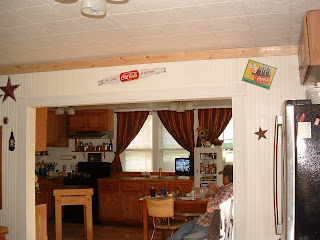 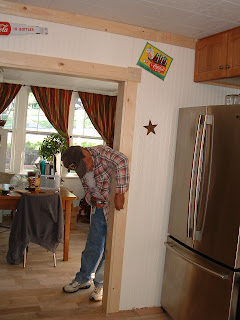 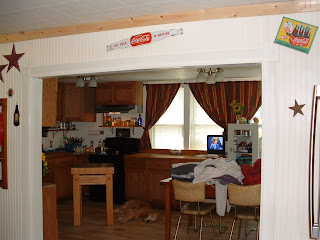 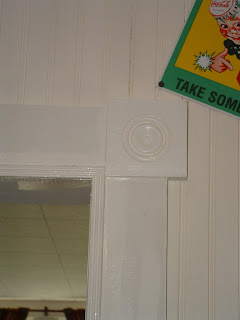 Next week we’ll sand and stain the floors and finish the thresholds. 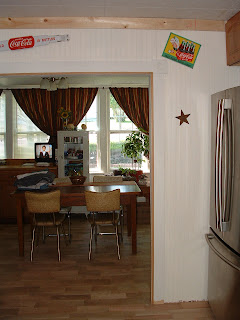 We carried the same theme to around the kitchen window. Even though it is two separate windows, we only put up one shade and set of curtains. 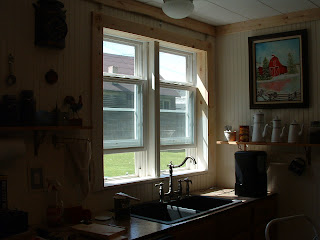 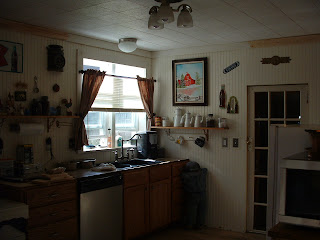 This was an old wall with super thick studs. So, the electrician put the outlet for this area under the kitchen sink. We will also be finishing the kitchen counters next week, but for now it is really nice to be able to hook up the coffee pot without cords all over the counter. 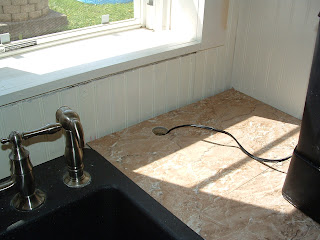 Now we get to start on the 4 doors in this room for the decorative corners and casings. The TO DO LIST is truly getting smaller, but everything still seems to take sooooooooooo much time. Our goal is still the 15th. Wish us luck!

Good luck Tamy! It is looking great. I love that idea about the power outlet and coffee pot.

great changes, you need a dump truck to get rid of all the junk…