Print
“If the only tool in your toolbox is a hammer, you’ll approach every problem as if it were a nail.”
That is why I like to use some unusual “tools” on my grill like my wok. It keeps my creativity fired up (I know, bad pun).
Woks may seem a bit unconventional for the grill but actually woks were originally designed for and used with fiery hot coals. You can do this recipe inside on your stove but I like to wok and roll on the grill. I call stir frying on the grill “stir firing”. 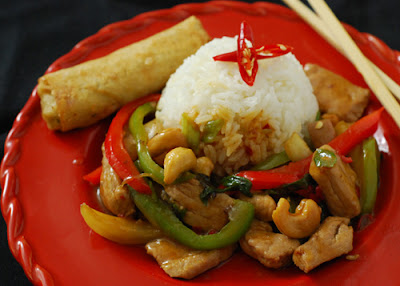 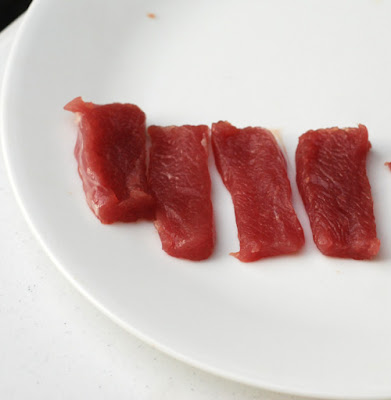 Prepare your grill to medium hot (400f) and preheat your wok. Then add the oils, let heat for another minute and “stir fire” the pork. You might need to do this in two small batches instead of one big batch to avoid over crowding the wok. (A crowded wok does not rock….it only steams and simmers.) 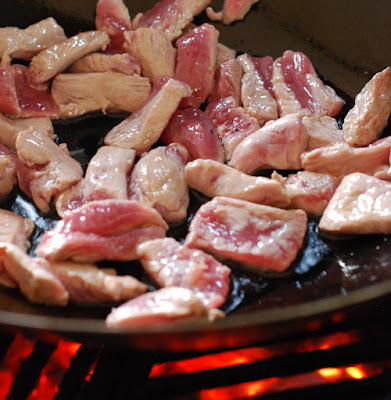 Cook for about 4-6 minutes until browned. Remove to a plate and tent with foil. Add the peppers and onions to the grill, “stir firing” 2 minutes. 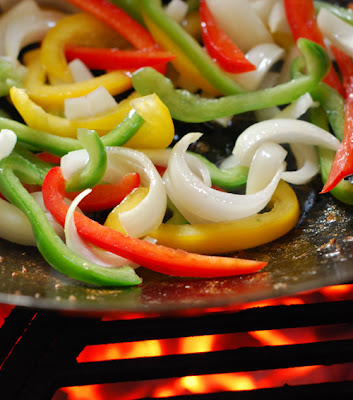 Add the ginger, garlic and basil, tossing for another 1-2 minutes. 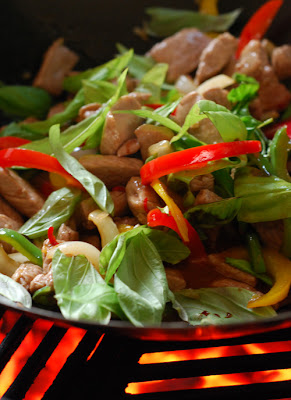 Stir in the soy sauce, fish sauce, stock, and sugar, cooking for another minute. While that is going on, whisk the water and starch together to form a slurry. Add to the wok.
Move the meat and veggies to the cooler sloped edges of the wok to let the liquids form a simmering hot tub in the center of the wok. Let simmer for 2 minutes or so until thickened. 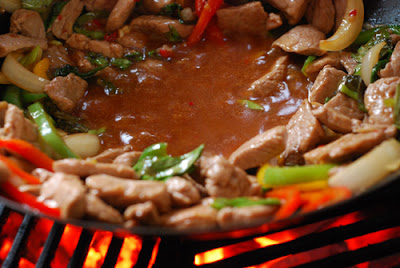 Add the cashews and toss the mix together again one last time. Serve with sweet jasamine rice. 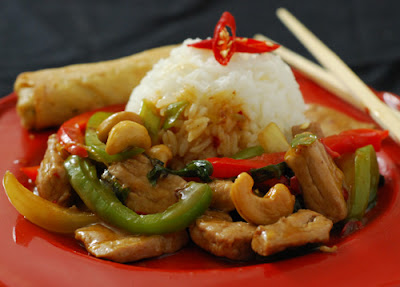 There’s a lot of boisterous flavors in this dish but they all work together.  With the cashew only being added at the end, you might wonder why it gets named in the title.  It brings not only a taste to balance the spicy dish but also a crisp texture.

This sounds seriously delicious! I even like the bad pun,, but really love the quote!

You don’t need no stickin’ stove or oven!! 🙂
I just told Chris the other day that I want to get a wok that I use specifically on the grill.. now I have a bigger reason to do it!!