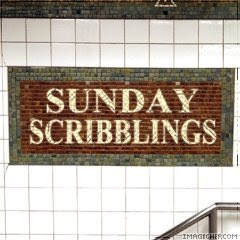 This is a new meme for me, but I read one over at Lulu’a Petals and thought it might be fun. Today’s theme is wedding.

I’ve been to and in a lot of weddings. Sometimes I feel like Kathryn Heigl in 27 dresses – I’ve worn dresses and shoes that I would never be caught dead in and I still have the candle holder from a wedding where we walked down the aisle with lit candles and flowing dresses that when a breeze came up almost set the church afire as well as numerouos bridesmaids and pink cotton crocheted gloves from one in the 80’s that made us look like Barbie dolls. LOL, but of course no matter how memorable ALL the other weddings are, the one you remember most is your own.

I married a man with a VERY large family. Just picking a date for our wedding was major feat all by itself. Our wedding was planned around his sister’s trip to Acapulco, a family raft trip and various other commitments already in the works, etc… Once the date was finally set we began the arrangements, another major feat as we decided to get married in the same church his folks had back in 1948 in Las Vegas. To complicate matters, the church had been moved several times since (due to the implosion of various casinos where it used to sit in their parking lots – it now has a permanent home and is on the historical register) and we weren’t even sure where it was plus we didn’t live in that town so all our arrangements were being made long distance.

Everyone except his folks were coming from out of town, though we didn’t hear a single person grumble. Everyone seemed to want to spend a weekend in Las Vegas – imagine that?

I checked into the hotel early on Saturday to get ready. My bridesmaids met me there and my niece, a make-up artist came by do my make-up. Everything was going well and on time. The hotel was only 2 miles up the strip from the church. Now if you’ve never been to Las Vegas, 2 miles on a Saturday afternoon in Las Vegas on the strip translates to about 30 minutes travel time. My bridesmaids left an hour before the wedding with my dress in tow for the church. 20 minutes later my uncle and my cousin Jenn who’d flown in for the wedding so he could give me away came by to drop off their car in valet and pick me up and use our car, a convertible, for the wedding and reception.

We arrived at the church with just enough time for me to throw on my dress, but alas my bridesmaids and dress were no where to be found! Long story short I arrived before my dress, but fortunately they weren’t that late, I think I had 5 seconds to spare. Even churches in Las Vegas run on a tight timetable, especially on Saturday. Because we were now running late, the preacher sounded like he was on fast forward. Nobody complained though since it was soooooo hot and they were all ready for the party portion of the agenda.

We were married just before 9/11 and our reception was on Lake Mead on a paddle wheeler which was awesome as the ship cruised to the edge of the Hoover Dam for one of the last times it ever would due to the soon to be National Security measures for Homeland Security. It was a great reception, but it too was laced with a few ‘problems’, but then aren’t there always a few issues for major productions?

We had chosen a package where the cruise line provided everything except the photographer which we supplied with his niece and my brother who did awesome jobs!! Shortly after we arrived they informed us we would be cruising without a DJ because he forgot the wires for the speakers. Now my bridesmaids tried to handle this without worrying me, but eventually had to involve me as they were meeting with great resistance from the cruise line. Since they didn’t like my idea of reimbursing me several thousand dollars for the package I paid for and since they hadn’t provided me with what I paid for, they agreed to leave late on the cruise and open the on shore bar for our guests while the DJ went after what he forgot and they agreed to pay their employees the necessary overtime. I suggested they negotiate with the DJ that they had hired and they agreed. Part of the package included taking boarding pictures which were to be given to us. We were going to make copies for our album and then send them on as thank you cards to all our guests. In their haste to get out of there when we returned later than expected they distributed all the photos.

Despite these ‘issues’, we had a FANTASTIC time! The food was fabulous and the cake was SUPERB. It was a white cake with a raspberry filling and coated with melted European milk chocolate before the butter cream frosting. We have pictures of people stopping by for one last bite before they left the ship. The music was fantastic as was the dancing. It was 113 degrees that day and the wind was lowing about 30 miles an hour, but we all had a great time.

Our wedding is the one that the family is still talking about and said they really enjoyed! Our nephew kept saying he wanted a wedding just like ours ~ quick and right to the party!

Sunday Scribblings is how I met Lucy, also! And Genuine Gem!

This was fun to read!

Tamy! so happy you did the scribblings!
WOW that is some crazy wedding day! How sweet to be married in the same church as his folks! I love tradition! I would have been a total wreck to be at the church with NO gown! That’s like one of those nightmares brides have repeatedly before the wedding! haha
great story and I hope it ends with happily ever after!