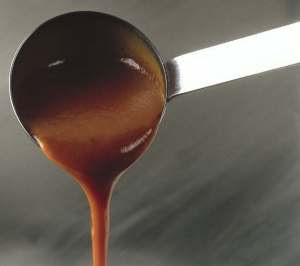 Sauces typically consist of a flavorful liquid such as stocks, milk, cream, vegetable purees or butter and a thickener, an ingredient or combination of ingredients that gives the sauce a thicker consistency such as: 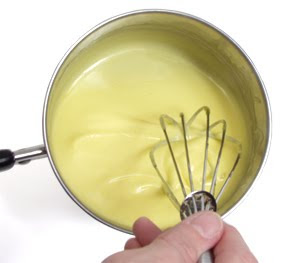 In ‘classical’ French cooking, sauces are a defining characteristic of French cuisine.

In the 19th century, the chef Antonin Carême classified sauces into four families, each of which was based on a mother sauce which are also called grandes sauces. Carême’s four mother sauces were:

In the early 20th century, the chef Auguste Escoffier updated the classification, adding sauces such as tomato sauce, butter sauces and emulsified sauces such as Mayonnaise and Hollandaise.

A sauce which is derived from one of the mother sauces is sometimes called a small sauce, or secondary sauce. Most sauces commonly used in classical cuisine are small sauces, or derivatives of one of the above mentioned mother sauces.

Mother sauces are not commonly served as they are, but are augmented with additional ingredients to make small or derivative sauces. For example, Bechamel can be made into Mornay by the addition of Gruyère or any cheese one may like, and Espagnole becomes Bordelaise with the addition and reduction of red wine, shallots, and poached beef marrow.

To make a reduction sauce, start by preparing the meat as you normally would. Remove the meat from the pan and allowed to rest while you make the sauce. Remove the excess fat so that the sauce will not be greasy. Increase the volume of the pan drippings by adding stock, cream, wine, balsamic vinegar, or meat juices.

Allowed the sauce to simmer so that it reduces in volume. This reduction makes the sauce dense and thick, so that it can be used like a gravy. It also concentrates the flavors. As a result, reduction sauces are often very strongly flavored, and most cooks use only a little bit, so that the flavor does not becomes overwhelming. Reduction sauce can be poured over meat like a gravy, or arranged as a visual appeal on the plate.

Often the sauce is pressed through a sieve to clarify out chunks of vegetables or meat parts. Often it is paired with other sauces or flavorings and each person can layer the flavors as desired.