I’ve made these wraps a few times. I always forget how good they are and I end up saying “Why don’t I make these more often!”  They are super healthy, quick and delicious. 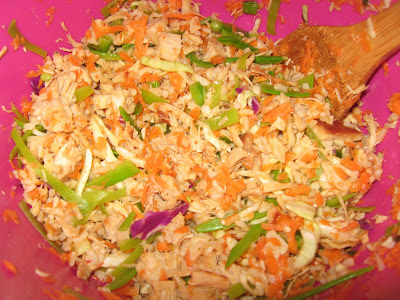 They keep well in the refrigerator and I love to have them for lunches.   I did think that blanching the pea pods was annoying. I no longer blanch the pea pods when I make them, I just throw them in with the onions and cook them a bit. One less step. I’m all about cutting steps out of things and making it easier. 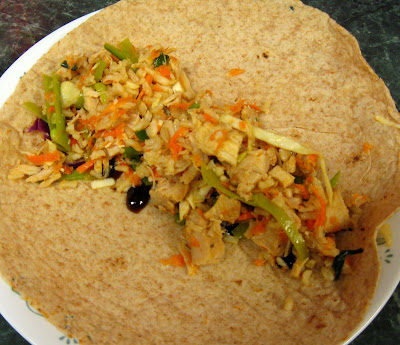 1/2 cup uncooked brown rice
2 teaspoons sesame oil
4 green onions
1/4 pound snow peas, trimmed
1 heaping cup of shredded cabbage (I used cabbage mix)
1 cup shredded carrot (I used a bit less as I had cabbage in my mix)
2 tablespoons seasoned rice vinegar (recipe called for unseasoned, I like seasoned better)
2 teaspoons ginger (I used from a jar)
2 cups shredded chicken, cooked (I used 10 oz)
8 whole wheat tortillas
8 tablespoons Hoisin sauce
**The actual recipe called for the rice, veggie mixture and chicken to be all separate. I preferred to throw it all in the same bowl. We liked this warm but you could eat it cold as well. We put the hoisin sauce on the bottom of a toasted tortilla and then a scoop of the chicken/rice/veggie mixture. This made 8 wraps using 8 inch whole wheat tortillas. 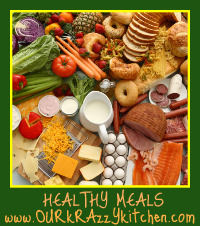 Great wrap Debbi. My daughter would love these. So it works good the next day for lunches? Good to know.

This sounds great! Can’t wait to try it!