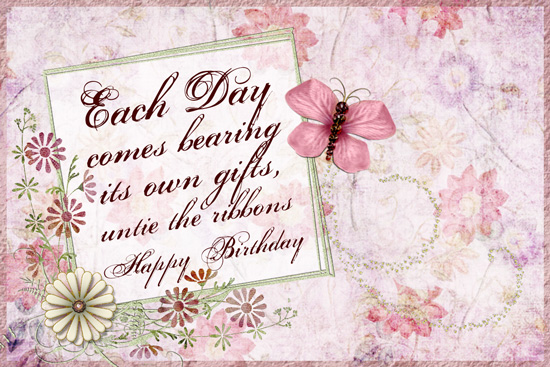 Two years ago I gave myself a birthday present and decided to make all my yearly appointments that I’d neglected the previous year while dealing with my in-laws.  I was dealing with a new city, new insurance region, new doctors. As with any insurance these days, I needed referrals to specialists.
When I received the first referral in the mail, I called to make my appointment. The receptionist was quite pleasant, but I was quite taken aback when she asked what my cancer diagnosis was.  I said I didn’t have one and she said I’m sorry we can’t see you then, but that’s good news.  I called my doctor back and asked for a new referral.  In all, I was seeking 3 referrals for 3 separate problems.  The next week I received the referral for problem number two and was met with a similar conversation with another receptionist.  Once again I called my doctor’s office back and started over on the referral process.  Next came the third referral for another doctor at the same facility.  I was met once again with the same conclusions, “sorry we can’t accept you because you have no cancer diagnosis”.  All of these referrals were to MD Anderson.
My doctor’s office never did get any of the referrals handled with the insurance company. I called the insurance company myself and found that I didn’t even need a referral for my well woman exam in this region and they gave me the information for the UTMB women’s clinic.  It was here that I was finally seen and originally diagnosed.  It was here that a humble doctor said he wasn’t comfortable dealing with this and asked where I’d like to be referred.  I know and believe that all of these “misdirected” referrals were so that MD Anderson would be on the tip of my tongue.   When the doctor said the tumor was the size of large grapefruit I was distressed.  When he told me he was uncomfortable removing a tumor that size and wanted to refer me somewhere else, I said MD Anderson.
Spillage (yep, that’s a technical term) of tumor cells influences the incidence of local recurrence.  Spillage of tumor cells,  has a negative effect on survival rates. When the diagnosing doctor used the term “spillage”  I thought  he was making it up.  Then I looked it up.  Spillage is basically what happens when a tumor tears, rips or ruptures.
991 days ago, I was diagnosed with the “silent killer”, Ovarian Cancer.  Ovarian cancer, if detected early is 90 percent curable. But very few cases are discovered in the earliest stage. Then, there are miracles, while not many, and I am blessed to be one.
When my surgeon, Dr. Diane Bodurka (a wonderful lady, doctor, surgeon, oncologist – there’s a good reason she’s head of the department)  said that she believed she got the tumor out intact without spillage, I felt relieved.  When she told me it was actually the size of a volleyball, had torsioned itself around everything, but not adhered to any major organs, I felt blessed. 960 days later – in the throes of REMISSION and alive to live another birthday I feel twice blessed.
When I was first diagnosed, they limited ALL my activity including driving in an effort to prevent rupturing the tumor.  Ironically the year prior had been full of strenuous activity, moving boxes and furniture – once again proving that my guardian angel was looking out for me.  The only symptom I ever had, I didn’t even know I was having because it mimicked a chronic appendix of some 35+ years.
Ovarian cancer is often called the “silent” killer because many times there are no symptoms until the disease has progressed and it’s too late.  Most die within five years of their diagnosis — because by the time doctors find the disease, it has already spread. Early symptoms of ovarian cancer are often mild, making this disease difficult to detect.  Sadly, a lack of symptoms from this disease means that about 75% of ovarian cancer cases will have spread to the abdomen by the time they are detected and, unfortunately, most patients die within five years.
New methods for early screening of ovarian cancer are being investigated including ultrasound in conjunction with a blood test. The blood test may detect a cancer protein called CA 125, which is sometimes detected in the blood of women with ovarian cancer. This is the test that would have probably saved Gilda Radner’s life.
These tests are useful in evaluating tumor growth, however neither of them has been proven as a reliable way to screen for ovarian cancer.  In my own case, the blood work was within normal range while there was a volleyball sized tumor inside me.  Quite possibly they were within range because the tumor was still intact, having NOT spread, but no one knows for sure so be vigilant!!!

Ultrasound can detect changes, but it does not give enough information alone to diagnose ovarian cancer. The CA 125 blood test can return positive results when no cancer is present due to other conditions a woman may experience including fibroid tumors, endometriosis, pelvic infection, pregnancy, or other non-gynecological problems.

The treatment for ovarian cancer varies according to a number of factors. For most women, the first treatment is also a diagnostic procedure which involves surgery to determine the extent to which the disease has spread. As a result of surgery, the cancer will be staged.
Stages range from I to IV, with I being the earliest and IV being the most advanced stage. Treatment of ovarian cancer is based on the stage and grade of the disease. A pathologist will determine the grade (how likely it is to spread) of the malignancy.

Thanks Dawna – what a fun post – thanks for remembering my birthday!

Martha – I worry about you and will stay on your “back” about getting those things done.

Thanks MA – I certainly am and Thank God everyday!

Happy Birthday! You are blessed.

I’m so thankful for how things have gone for you, such a scary thing to go through! I’m guilty – haven’t been to my primary doc in about 2 years and any others in probably 5 years now.

Happy Birthday Tamy, I am so glad that you gave yourself such an important birthday present. Visit my blog from Thursday. I set the table in you and my friend Nancy who also has a birthday today. Love you, Dawna