Survivor syndrome, also called concentration camp syndrome is known to have been used to describe the reactions and behaviors of people who have survived massive and adverse events. Symptoms include anxiety, depression, social withdrawl, sleep disturbance, nightmares, physical complaints and emotional lability (something that is constantly undergoing change or something that is likely to undergo change) with a loss of drive. Commonly such survivors feel guilty that they have survived the trauma and others did not.

Post traumatic stress disorder (PTSD) is a severe anxiety disorder that can develop after exposure to any event that results in a psychological trauma. This event may involve the threat of death to oneself or to physical, sexual, or psychological integrity, overwhelming the individual’s ability to cope. Diagnostic symptoms for PTSD include re-experiencing the original trauma(s) through flashbacks or nightmares, avoidance of stimuli associated with the trauma, and increased arousal—such as difficulty falling or staying asleep, anger, and hypervigilance. Formal diagnostic criteria say that the symptoms last more than one month and cause significant impairment in social, occupational, or other important areas of functioning.

Definitions aside, you change when life changes – usually in small increments.  Too many changes all at once or too many too fast can turn a relatively normal person into a raving lunatic. That’s me recently, the raving lunatic who just plain shut down after one too many drastic uncontrollable changes in my life.  I was always the optimistic, glass full girl.  Now I have to admit you can’t say always.  I am finally starting to see my way out of the survivor guilt and accepting the way things are.  I AM going to dig my way out of this hole and back to my friends and family that loved me enough to stand by me through it all.  That is after the next 3 surgeries and then maybe this will begin to be over.  It’s been a long 2 years and now I’m choosing to remove people from my life who are bi-polar, negative, drama queens. Like my old rhuematologist said, “It is okay to set your own boundaries and remove the nuts from your life”.  CONSIDER YOURSELF REMOVED if you’re a nut or a drama queen – life’s just too short! 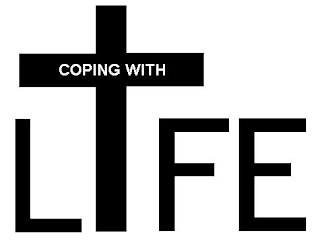 image credits
Thanks for bearing with me!

Thanks Janet – hopefully this will be the last round and then life can begin again! 🙂