For many months now we have been having a debate in our house about the CLAW FOOT TUB.

DO we keep it or not? 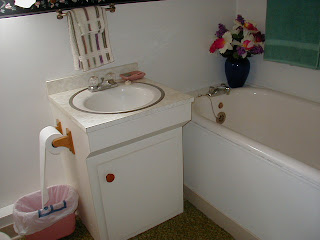 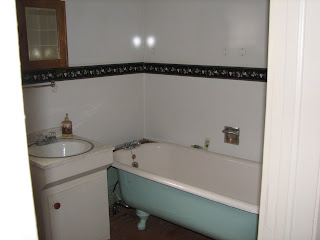 It started as this funky enclosure when we bought the house. I was sure that when I tore away the moldy enclosure that I’d find a tub on cinder blocks, but I found this great claw foot tub that just happened to be this ugly puke green color. We painted it a bronze color and and made all the plans to install the conversion shower kit, but in the end it looks like the claw foot tub will become the newest flower planter after all. 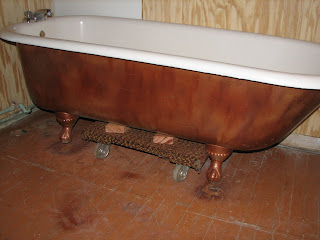 If we install a conventional tub and shower with a sliding door we’ll have 14 inches left over to build a built in towel shelf storage and we won’t have to worry about shower liners that may or may not fit the extra large tub (it’s over 6 feet long), and leaks from upstairs to down which has happened many times from our understanding and we’ll have a few extra square feet to the usable floor space. We’d been waiting to finish this bathroom until the plumbing was done which is what we’re doing now. 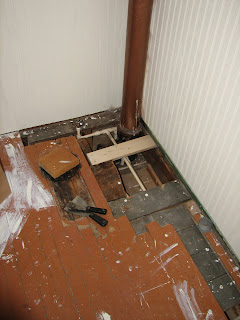 We found that parts of the main floor now need replaced. There had never been a proper connector on the toilet connection, just a wax ring between the toilet and the floor around this. We were going to do the floors later, but because of this new glitch along with all the sub floor that had to be cut and repaired when they did the plumbing we just decided that doing the floor now before putting in the new fixtures was the smartest thing to do. 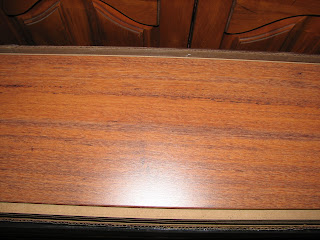 Ahhh yes, the remodeling decisions. When we moved into this 28×30 box… I mean house, complete with only one electrical outlet in each room and an addition that was crafted so there could be a bathroom added, since the house was built before indoor bathrooms… oh yes, we knew we had our work cut out for us.