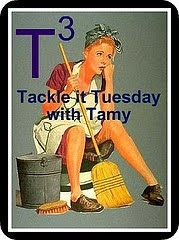 Come on over to The Motivation Station to see how we’re dealing with the elephant.

When you google dementia this is what you get:
Dementia is a loss of brain function that occurs with certain diseases.

Symptoms include:
*Changed feeling (sensation) or perception
*Changed sleep patterns
*Change in sleep-wake cycle
*Insomnia
*Need for increased sleep
*Decrease in problem-solving skills and judgment
*Disorientation
*Confused about people, places, or times
*Unable to pick up cues from the environment
*Disorders of problem-solving or learning
*Trouble making calculations
*Unable to learn
*Unable to think abstractly
*Unable to think in general terms
* Impaired recognition (agnosia)
*Trouble recognizing familiar objects or people
*Trouble recognizing things through the senses
* Lack of or poor language ability (aphasia)
*Unable to form words
*Unable to name objects
*Unable to read or write
*Unable to repeat a phrase
*Unable to speak (without muscle paralysis)
*Unable to understand speech
*Have impaired language skills
*Repeat phrases
*Speak poorly (enunciation)
*Use slang or the wrong words
*Memory problems
*Unable to remember new things (short-term memory problems)
*Unable to remember the past (long-term memory problems)
*Motor system problems
*Gait changes
*Impaired skilled motor function (apraxia)
*Unable to copy geometric figures
*Unable to copy hand positions
*Unable to dress self ~ and lack of desire to bathe, brush teeth and the ability to live with those smells and without regard to those around them.
*Inappropriate movements
*Other motor system problems
* Seeing or hearing things that aren’t there (hallucinations) and having false ideas (delusions)
*Severe confusion
*Personality changes
*Anxiety
*Decreased ability to care for oneself
*Decreased interest in daily living activities ~ often accompanied by frequent “woe is me I’d be better off dead” drama scenes
*Depression
*Inappropriate mood or behavior ~ such as blurting out whatever they may be thinking without censure, often creating ambivalence in those around them.
*Irritability
*No mood (flat affect)
*Not flexible
*Only concerned with self (self-centered)
*Poor temper control
*Unable to function or interact in social or personal situations
*Unable to keep a job
*Unable to make decisions
*Withdrawal from social interaction
*Unable to be spontaneous
*Unable to concentrate

Other symptoms that may occur with dementia:
* Incontinence
* Swallowing problems

Treatment ~ The goal of treatment is to control the symptoms of dementia. Treatment depends on the condition causing the dementia. Some people may need to stay in the hospital for a short time.

A person’s eyes and ears should be checked regularly. Hearing aids, glasses, or cataract surgery may be needed.

Psychotherapy or group therapy usually does not help because it may cause more confusion.

LONG-TERM TREATMENT:
A person with dementia may need monitoring and help at home or in an institution. Possible options include:
* Adult day care
* Boarding homes
* Convalescent homes
* In-home care

Other tips for reducing disorientation:
* Have familiar objects and people around
* Keep lights on at night
* Provide environmental and other cues with reality orientation
* Reward appropriate behaviors and ignore inappropriate ones to control unacceptable or dangerous behaviors
* Stick to a simple activity schedule

The two major causes of non-reversible (degenerative) dementia are:

The two conditions often occur together.

Dementia with Lewy bodies (DLB) is a leading cause of dementia in elderly adults. People with this condition have abnormal protein structures in certain areas of the brain.

The structures and symptoms of DLB are similar to those of Alzheimer’s disease, but it is not clear whether DLB is a form of Alzheimer’s or a separate disease. There is no cure for DLB or Alzheimer’s.

Conditions that damage blood vessels or nerve structures of the brain can also lead to dementia.

Dementia usually occurs in older age. It is rare in people under age 60. The risk for dementia increases as a person gets older.

Prognosis ~ Dementia usually gets worse and often decreases quality of life and lifespan.

Prevention ~ Most causes of dementia are not preventable.

You can reduce the risk of vascular dementia, which is caused by a series of small strokes, by quitting smoking and controlling high blood pressure and diabetes. Eating a low-fat diet and exercising regularly may also reduce the risk of vascular dementia.
Complications ~ Complications depend on the cause of the dementia, but may include the following:

So sorry you have to go through all that, Tamy. You’ve done a lot of research. Understanding a mental illness is a huge step toward helping your loved, one and helping your own self, too.
Take care.