There is nothing better than chicken on the grill in the summertime. Whether it’s smoked, BBQed or marinaded – you really can’t go wrong. It’s an easy dinner and it doesn’t heat up the house.

This chicken is soaked in a soy sauce brine, then grilled and brushed with an amazing pineapple juice glaze for the last bit of grilling. This recipe is adapted from Cook’s Country, June 2009 & Tide & Thyme. I changed a few aspects of the recipe by using chicken breasts which is what I had on hand and it cuts down on cooking time.  I served it with a bowl of Hawaiian macaroni salad & fresh pineapple wedges which disappeared immediately thanks to hubby.

**I used all boneless, skinless breasts and adjusted the grilling time accordingly.  The breasts were so much better than bone in pieces!

**IF YOU USE LIQUID SMOKE IN THE GLAZE YOU CAN SKIP THE CHIPS. 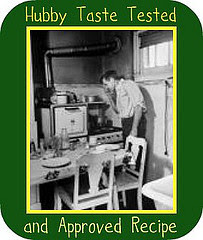