PSUEDO BEFORE
When we first moved in it was a mess of a room, but since it was our first I don’t have many before pictures. It soon became our “closet” when we forced to rip out ours in the master bedroom because of that nasty mold from the bathroom. 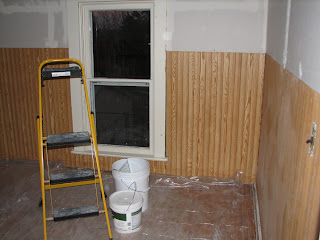 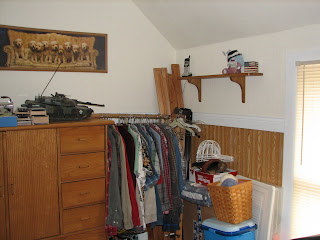 Kathryn’s room was the first one we accomplished when we moved in. The paneling is original to the room, but they had the ugliest wall board (similar to the stairway) on the walls so we pulled that off, put new wallboard over the old lathe and plaster and then texture painted. When the house was a duplex from 1943-1983, this room was the upstairs kitchen. It makes such a great bedroom though and has one of the best views to the north in the whole house!
AFTER 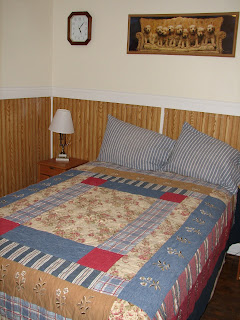 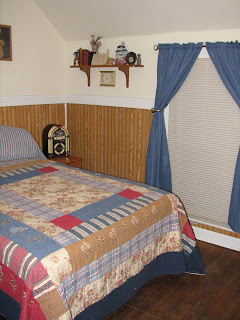 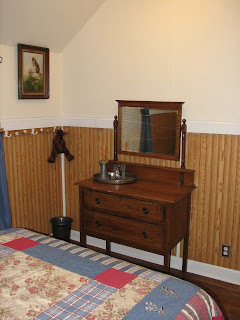 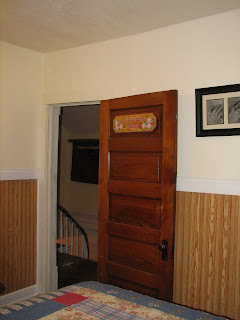 My aunt painted the mouse above and I made the clown on the shelf. below The old books on the shelf had been my grandmas and the jar full of flower petals are from some of the flowers hubby has given me over the years. 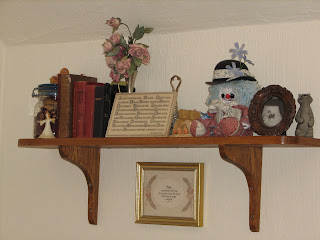 nice job, little by little you are getting it done.