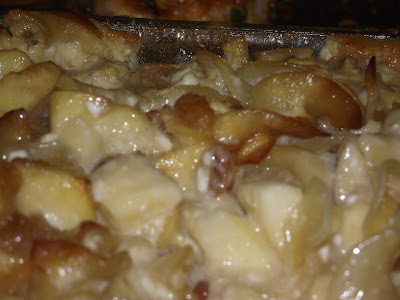 I’ve never had noodles in a dessert before but have seen lots of different recipes. I keep saying I’m going to try a recipe one of these days. This sounds yummy with the cream cheese, raisins, and RUM!